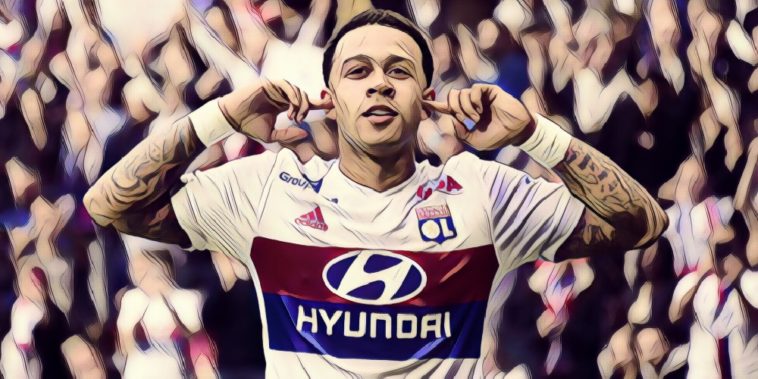 Tottenham are considering a £50m move for former Manchester United flop Memphis Depay as Mauricio Pochettino looks to rebuild his under-performing side.

The Dutch international has shone since making the move to French side Lyon in 2017, following an underwhelming spell in English football at Old Trafford in which he scored just two Premier League goals.

Despite his previous struggles, Depay has matured since moving to Ligue 1 and has scored 50 goals in 130 appearances for Lyon, with Spurs now reportedly preparing a move as they look to bolster their attacking options.

Pochettino’s side have endured a disappointing start to the new campaign and have won just three of their opening 12 league fixtures. The club are now set to back the Argentine in the January transfer window as they bid to turn their season around.

According the the Mirror, a move for Depay would likely cost in the region of £50m, where the 25-year-old would be reunited with former Lyon teammate Tanguy Ndombele should he make the move to North London.

Depay joined Lyon for an initial fee of around £16m and his former club inserted a buy-back clause into the deal, though Manchester United have not shown an interest in resigning the player. who has also become an important figure in the Dutch national side.

Capable of playing out wide or as a central forward, Depay would bring quality and versatility to a Tottenham squad which currently has several first-team stars facing uncertain futures.

Read: Memphis Depay gives honest assessment of why he flopped at Manchester United

See Also: Five Premier League flops who are killing it in other leagues right now