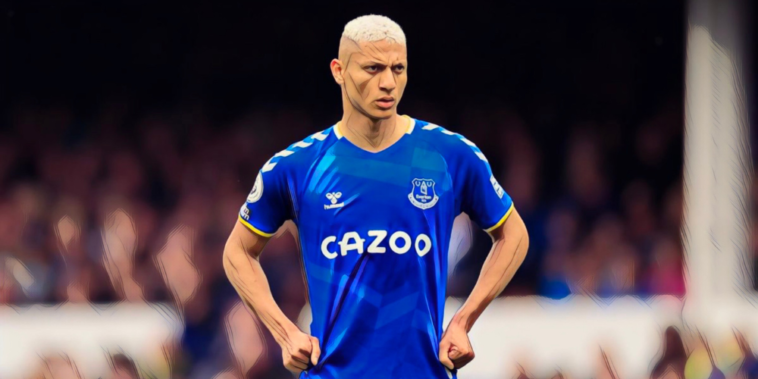 Tottenham are ‘hopeful’ of completing a deal to sign Richarlison from Everton this week as Antonio Conte closes in on his fourth summer signing.

Spurs are close to reaching an agreement with Everton for the Brazil international with talks continuing between the two clubs.

Sky Sports are reporting that Everton are under pressure to agree the sale and meet the Premier League’s Profit and Sustainability rules, with the financial year coming to an end at midnight on Friday.

Everton are believed to value Richarlison in the region of £50m. The 25-year-old has scored 53 goals in 152 appearances across all competitions since signing for the Merseysiders from Watford in 2018.

Spurs are also interested in a deal to sign Anthony Gordon from Everton, though the Toffees are ‘reluctant’ to discuss his potential exit.

The 21-year-old came through the academy ranks and enjoyed a breakthrough campaign with the club last season, making 40 appearances across all competitions.

Gordon is viewed as a promising domestic player with room to develop as Conte looks to increase Spurs’ homegrown quota ahead of next season.

Read Also – Five of the best Brazilians to play for Arsenal