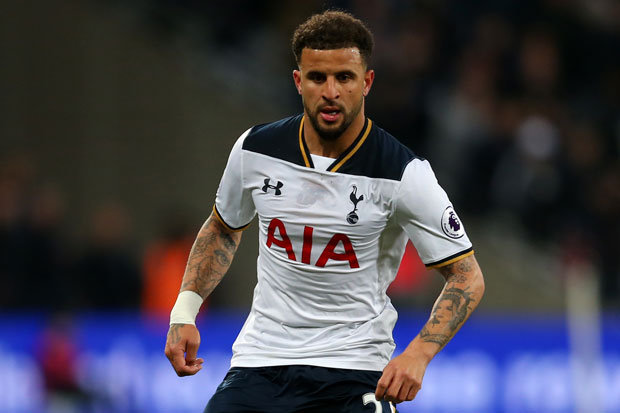 Spurs defender Kyle Walker has put Man Utd and Man City on red alert after being open to leaving Tottenham this summer.

Walker has been linked to a summer transfer after reportedly being unsatisfied at Spurs’ reluctance to improve his £70,000-a-week wages. The England defender has even been dropped by Mauricio Pochettino for a number of games recently.

According to the Express, Manchester United and Manchester City have both been put on red alert to Walker’s situation.

With Pablo Zabaleta out of contract this summer, Manchester City have been linked with making a move for the defender, whilst Jose Mourinho is also keen on taking Walker to the red side of Manchester.

According to the report, Walker is open to a move to either club. Both would be willing to offer him the significant improvements on his wages that he desires, as well as playing football at the top end of the Premier League.

It is claimed that Pep Guardiola is willing to spend £45million to bring the defender to the club.

They are also looking to bolster the left back position with Juventus’ Alex Sandro and Southampton’s Ryan Bertrand being linked with big money moves.