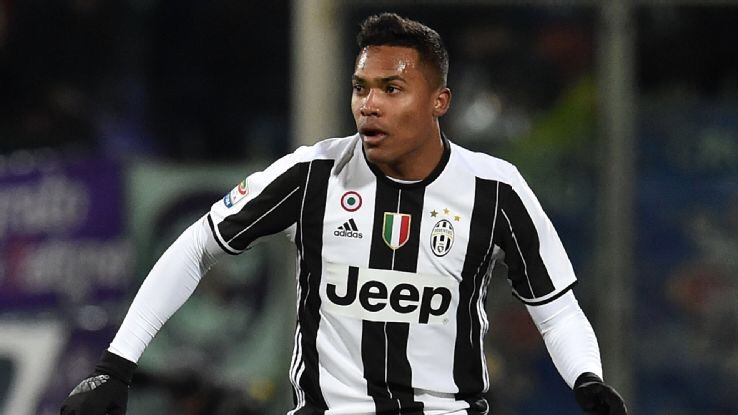 Manchester City are on the look out for a brand new, high profile left back this summer and believe they have found their man according to reports.

The Sunday Mirror claims that Pep Guardiola has identified Juventus full back Alex Sandro as the ideal man to strengthen the left side of his defence.

Current Manchester City left backs have not been in consistent form of late, and with Gael Clichy out of contract this summer, and Alexander Kolarov used more frequently as a centre back, The Citizens are desperate to recruit a new first choice left-back.

The article claims that City have already have had a bid rejected by the Italians giants but they are ready to go back in with an offer that Juventus will find ‘tough to resist’. That offer is thought to be around £50million. The article also claims that despite Juventus’ reluctance to sell, they have now in fact started looking for a replacement for the Brazilian.

Sandro only moved to the Serie A club two years ago, signing from FC Porto for £23m. He successfully took over the left back slot from Patrice Evra, who has since moved to Marseille, and has helped Juventus to the brink of a historic treble. In his two seasons at the club he has made 63 appearances, scoring four goals.

Juventus have one foot in the Champions League final after a 2-0 win over Monaco, and are the favourites to lift the Serie A  and Coppa Italia titles.

In other Manchester City news regarding the left back position, the Manchester Evening News claims that they are interested in Schalke left-back Sead Kolasinac. He is available on a free transfer and has been linked with Arsenal and AC Milan.

Is Alex Sandro the ideal candidate to fill in City’s left back position? Will Pep be able to lure him away from Juventus? Should City go for Kolasinac instead? Leave your thoughts in the comments box below.