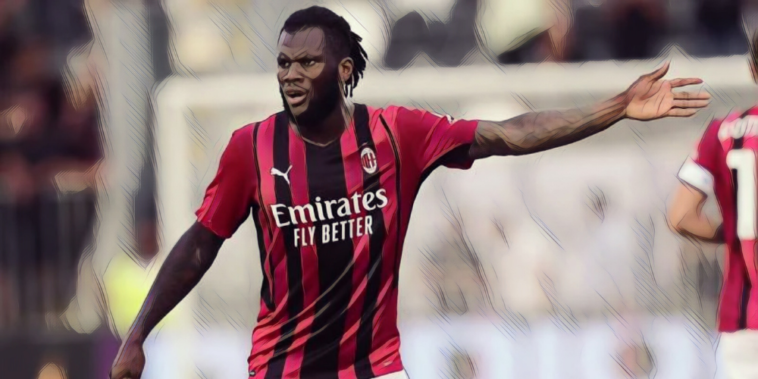 Tottenham are said to be ‘close’ to agreeing a deal to sign midfielder Franck Kessie from AC Milan.

The North London side are understood to be in talks with the midfielder’s representatives over a deal to move to the Premier League, with the Ivory Coast international having entered the final months of his contract at the San Siro.

Calciomercato, as per the Sun, are reporting that Spurs have offered Kessie a contract worth £165,000-a-week as the club look to back new manager Antonio Conte in the transfer market.

The arrival of Kessie would represent a coup for Spurs with the 24-year-old having been linked with several leading clubs across Europe, both Manchester United and Liverpool having previously been credited as admirers of the box-to-box midfielder.

Conte is understood to have been interested in signing Kessie during his time at Inter Milan, but will now move to bring the player to the Premier League as he strengthens the Spurs engine room.

Spurs are reported to have seen an approach for Kessie turned down by Milan during the summer transfer window, though the Rossoneri could now be forced to cash-in on the star in January or risk losing the midfielder on a free transfer.

Kessie is free to negotiate a pre-contract agreement with foreign sides ahead of a future free transfer from January 1.