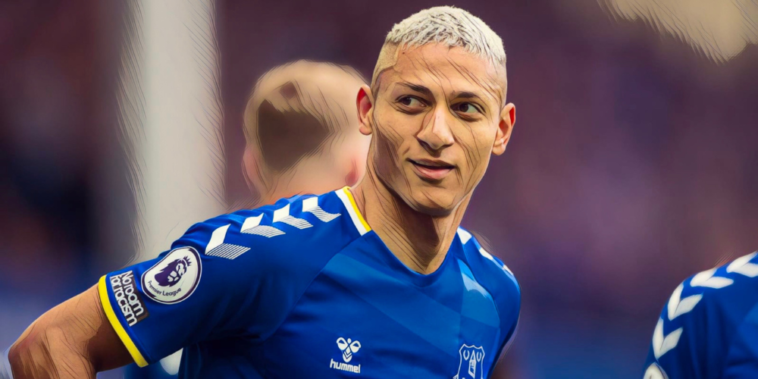 Tottenham and Everton remain in talks over a deal for Richarlison with the north Londoners keen to secure the signing of the Brazil international.

Spurs chairman Daniel Levy is understood to have met with Everton counterpart Bill Kenwright to discuss a potential deal for Richarlison on Monday evening, with negotiations including the prospect of potential makeweights in the deal.

The Mail are reporting that Everton had expressed an interest in signing Steven Berwijn in part-exchange, though the Netherlands international’s preference is for a move to Ajax.

Harry Winks has also been linked with Everton this summer and is understood to be free to leave Spurs following the arrival of Yves Bissouma, but proposals including the 26-year-old have so far been dismissed.

Everton are believed to value Richarlison in the region of £60m and are willing to consider offers for the Brazilian, as the club look to raise transfer funds for manager Frank Lampard and comply with financial fair play regulations.

The 25-year-old scored ten league goals last season and has netted 53 times in 152 appearances since signing for Everton from Watford in 2018.

Richarlison could become Spurs’ fourth signing of the summer after deals for Bissouma, Fraser Forster and Ivan Perisic.