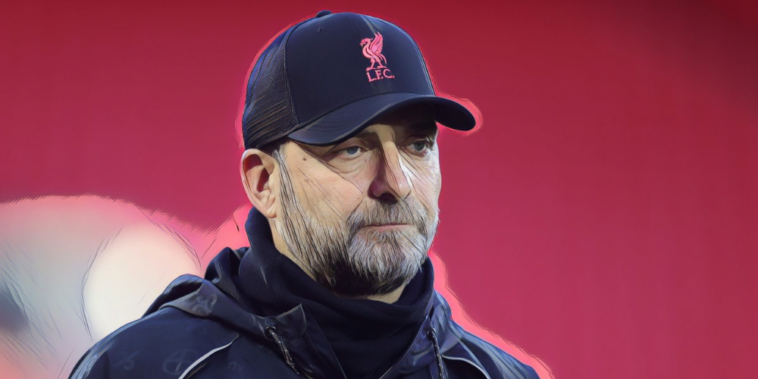 Liverpool’s 25-game unbeaten run came to an abrupt end on Sunday, as they slipped to a 3-2 defeat in a dramatic encounter with West Ham United at the London Stadium.

The visitors endured the worst possible opening after falling behind inside just four minutes following an own goal from Alisson, the Brazilian stopper failing to deal with an inswinging corner under pressure from Angelo Ogbonna, with the goal standing despite a VAR check for a possible foul and handball by the Hammers centre-back.

Jurgen Klopp’s men had responded well to that setback yet struggled to find a way through a resilient home defence, before a moment of magic from Trent Alexander-Arnold eventually fired them level just before the break, the full-back curling in a delightful free-kick from just outside the box.

In a frantic, end-to-end first-half, the home side remained a constant threat on the counter, with Michail Antonio squandering an excellent breakaway after failing to sort his feet out, while Jarrod Bowen was denied an attempt on goal by a clean, crunching challenge from Virgil van Dijk.

The drama continued after half-time as West Ham once again threatened from a corner with Craig Dawson’s header striking the crossbar, before Lukasz Fabianski parried away Sadio Mane’s volleyed effort after a teasing ball in from Andy Robertson.

The pendulum eventually swung in the hosts’ favour as Pablo Fornals fired his side ahead on 67 minutes, the Spaniard latching onto a threaded through ball from the lively Bowen and firing his effort past Alisson – who perhaps could have done better to keep the strike out.

That one-goal advantage soon became two as Kurt Zouma headed in at the back post from yet another corner, before substitute Divock Origi set up a nervy finish for David Moyes’ side with a fine, left-footed strike on the turn.

Heading into stoppage time, Mane then squandered a golden opportunity to draw level after heading wide from Alexander-Arnold’s dinked free-kick, with the Hammers hanging on for the three points to move ahead of their opponents into third place.

Speaking after that defeat – the club’s first since April – Klopp admitted he was uninterested in the end of their lengthy unbeaten run, while also seemingly taking aim at the referee’s performance.

“[The long unbeaten run coming to an end] is the least of my problems. However long a run is, it will come to an end,” Klopp told BBC Five Live.

“There are couple of things that happened during the game that are difficult to take. If you don’t take your chances you’re leaving things up to ref decisions.”

The German offered a spiky response after having been asked which decisions he was not happy with, as he took particular issue with the manner of West Ham’s opener.

“It’s really interesting you ask that. I’m not sure I want to answer the question if you don’t know the situation I’m talking about. Do you not think [Alisson was impeded for the first goal]? Is your job not to have an opinion? Okay that’s nice.

“We saw it back, Alisson wants to go for the ball, Angelo Ogbonna hits Alisson’s arm with his arm, that’s why Alisson’s arm deflects the ball into the goal.

“There are countries where everyone would say that’s a foul. The keeper must get help, otherwise in these situations everybody runs at the keeper because he must make sure he gets the ball. But he has no chance because if he pushes, it’s a penalty.”

Liverpool are next in action against Arsenal on Saturday 20 November, following the international break.