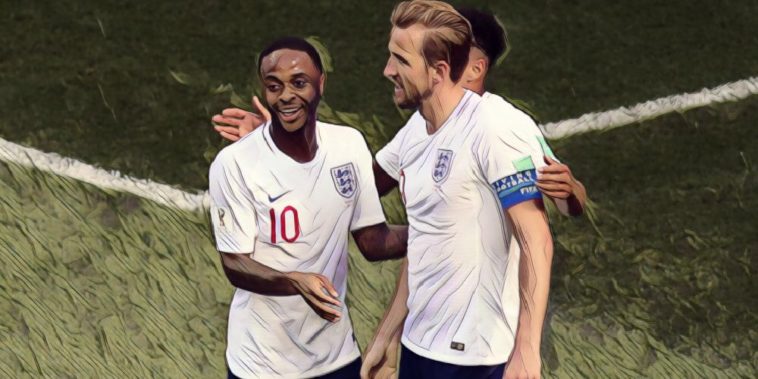 Gareth Southgate believes England’s attacking options are as ‘exciting’ as any line-up in world football.

England continued their perfect start to Euro 2020 qualifying with a 4-0 win over Bulgaria on Saturday, with captain Harry Kane hitting a hat-trick in a comprehensive win at Wembley.

Manchester City star Raheem Sterling was also on the scoresheet, his fifth goal in three qualifiers so far, in an exciting attacking line-up that also included Manchester United’s Marcus Rashford.

Southgate has hailed his attacking options as amongst the best in international football, whilst also tipping teenagers Jadon Sancho and Callum Hudson-Odoi to push their established teammates for a starting place.

“I think that they’re as exciting as anything, really,” Southgate said.

“I remember going to Spain and thinking ‘well, a really tough game, but actually you look at our front three and their front three on the night and I felt that we were strong’.

“And I’ve got to say, we’ve got Sancho and Hudson-Odoi who are going to push, and really push, so I think that it is exciting.