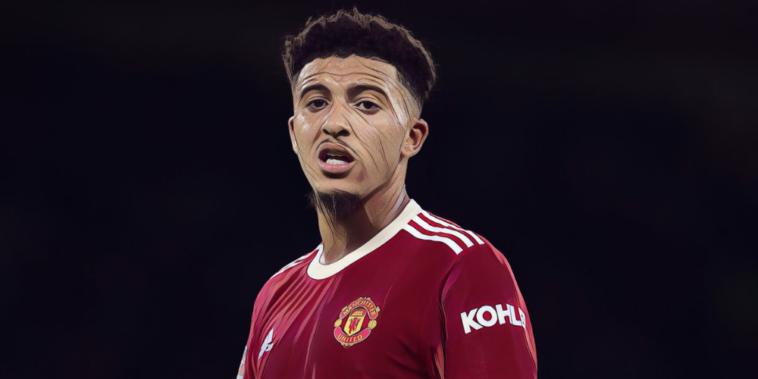 Gareth Southgate has admitted that Jadon Sancho did not ‘deserve’ his England call up following the winger’s struggles since signing for Manchester United.

Sancho was included in the England squad for this month’s World Cup qualifiers against Andorra and Hungary, despite having suffered an indifferent start to his career with the Red Devils.

The summer signing has failed to score or provide an assist in eight appearances in all competitions so far this season, and Southgate admits Sancho’s current form does not warrant selection – despite his inclusion.

The England manager discussed how the Three Lions are keen to develop the winger however, and revealed he plans to hold talks with Sancho as he bids to aid the star’s adaptation to the Premier League.

“Does he deserve to be in on these performances over the last few weeks? Well, probably not,” the England manager said of the 21-year-old.

“But I think we feel we have invested in Jadon over a period of time, we believe he can get to a high level. I would like some time with him to chat with him and help that process that’s going on at Manchester United as well and I think for him to feel that we have belief in him at this point is a good message.”

Southgate discussed the differences between the Bundesliga and Premier League, alongside the weight of expectations that comes with signing for Manchester United.

The England boss believes there will be a period of adaptation for Sancho and says it will be difficult for the star to replicate his prolific Bundesliga numbers in English football.

“The Bundesliga is totally different, Dortmund is a big club but Manchester United is one of the biggest in the world,” he said. “There’s some adaptation to that, there’s a definite adaptation to the league, you’re not going to get the goals and assists numbers anywhere near in our league, that you are in the Bundesliga.”