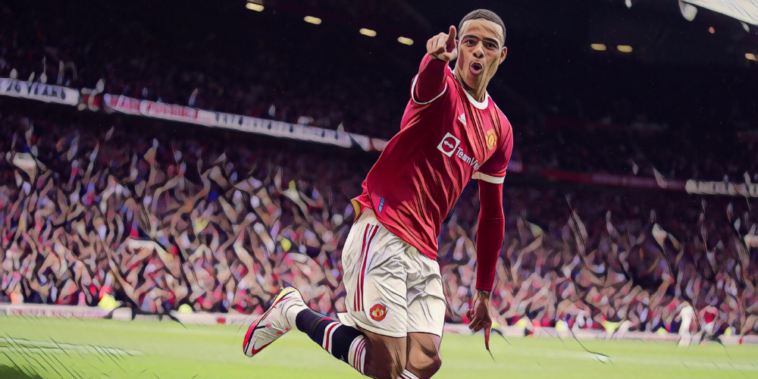 The highly-anticipated release of FIFA 22 is just days away with the latest edition of the franchise available to players from October 1.

Each year the game seeks to reinvent and introduce innovative and exciting new game modes, but Career Mode remains a staple for avid players of FIFA.

Building a successful side for the future means investing in youth and potential is paramount, and we’ve decided to look at seven of the very best wonderkids you should be looking towards when assembling a side that can conquer for seasons to come.

As per sofifa.com, here are the seven teenagers with the highest potential rating on FIFA 22.

Manchester United have a long and storied history of producing elite talent from their academy system and Mason Greenwood is the latest youngster tipped for future superstardom in FIFA 22.

Greenwood has already netted 32 times in all competitions since emerging from the Red Devils’ ranks and the 19-year-old starts FIFA 22 with an impressive overall rating of 78.

The forward – who will also boast a five-star weak foot rating – has the potential to rise to 89 however, a figure equal to the starting ratings of players such as Mohamed Salah, Karim Benzema and Son Heung-Min.

Eduardo Camavinga emerged as one of the most sought-after teenage talents in Europe across the past two seasons, the midfielder becoming the second-youngest debutant and goalscorer for the France national team as a 17-year-old in 2020.

Camavinga earned his big move this summer after signing for Real Madrid, who will hope the teenager can form the bedrock of their midfield for the next decade.

With the likes of Toni Kroos and Luka Modric entering the twilights of their respective careers, Camavinga can fill the void and boasts a potential rating of 89 in FIFA 22.

The second English teenager to make this list, Jude Bellingham continues to go from strength to strength at Borussia Dortmund.

After following the Jadon Sancho blueprint to success after signing for Dortmund, Bellingham has established himself as one of Europe’s most exciting talents at the Westfalenstadion.

FIFA 22 have given Bellingham strong and well-balanced initial ratings in stamina, aggression, dribbling and ball control, making him the perfect player to build around in your engine room.

Named as Germany’s ‘Newcomer of the Season’ for 2020/21, the midfielder has already won eight senior caps for England and at just 18 has the potential to develop into one of the world’s best.

Florian Wirtz has underlined his huge potential during the opening weeks of the Bundesliga season, providing four goals and four assists in just three starts for Bayer Leverkusen.

The 18-year-old earned a regular role in the side last season and the attacking midfielder has already been a regular in the gossip columns, the Premier League’s ‘big six’ amongst those credited with an interest in the three-cap Germany international.

Florian Wirtz has now scored or assisted in every Bundesliga game he's played this season:

Those looking for inspiration from central areas in Career Mode could do a lot worse than prise Wirtz away from Leverkusen, with the starlet’s rating capable of increasing hugely from his initial starting point of 78.

Another name routinely linked with Premier League sides in recent transfer windows, Ryan Gravenberch is the latest promising prospect off the production line at Ajax.

The 19-year-old has been compared stylistically to Paul Pogba and is comfortable in a variety of midfield roles, starring as Ajax won a domestic double last season to be named as Dutch Football Talent of the Year.

Gravenberch – who has a potential rating of 90 on FIFA 22 – follows both Matthijs de Ligt and Frenkie de Jong in winning the prestigious award and could be the next Ajax youngster to secure a move to one of Europe’s elite.

Barcelona are a club in crisis right now, but the silver lining in the Catalan’s struggles are the possession of two of world football’s brightest teenage talents.

Ansu Fati possesses a potential rating of 90 on FIFA 22, with the 18-year-old amongst the most exciting prospects in the game.

The Spain international has electric pace (sprint speed 87, acceleration 90), which coupled with his agility (89) and ratings of 80+ for finishing, balance, and dribbling will make Fati both fun to play with and difficult to contain for opposition sides.

After 323 days out with a serious knee injury, Fati scored on his return for Barcelona last week and the Spanish side will be glad to have the winger back amongst their ranks this season.

The teenager with the highest potential rating on FIFA 22 is Pedri, whose brilliant performances for Barcelona and Spain last season have been rewarded.

Pedri was exceptional for club and country in 2020/21, emerging as a key figure for both and starring during Spain’s run to the semi-finals of Euro 2020 over the summer.

Despite a lack of physicality, the 18-year-old boasts all the attributes to run midfield, possessing ratings of 85+ for short pass, balance, vision, agility and stamina.

He begins the game with an impressive overall of 81, though this can rocket to 91 across your Career Mode campaign – a figure that matches world superstars in Cristiano Ronaldo, Neymar and Kylian Mbappe.

Read – FIFA 22: Five of the best teams to try on Career Mode