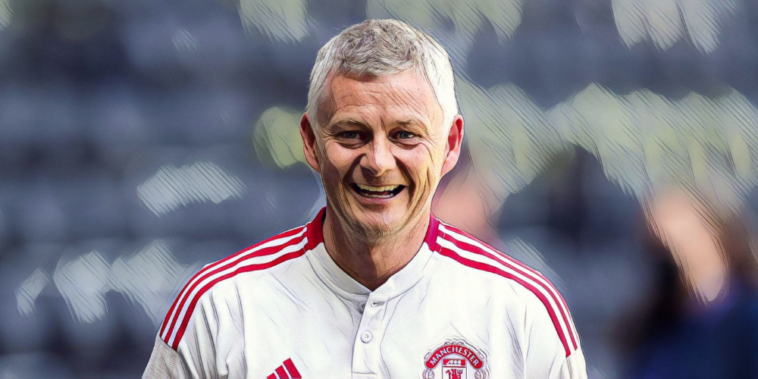 Ole Gunnar Solskjaer has confirmed that Jadon Sancho will ‘definitely’ make his Manchester United debut against Leeds this weekend, though Raphael Varane will miss out with a deal still not finalised.

United begin their Premier League season with a clash against northern rivals Leeds at Old Trafford, with the Red Devils hoping to make a strong start as they bid to improve on last season’s runners-up finish.

Speaking at his pre-match press conference, Solskjaer believes his side have had a ‘good pre-season’ as they prepare for the visit of Marcelo Bielsa’s side and says he is ‘feeling confident’ ahead of tomorrow’s lunchtime clash.

“We’ve had a good pre-season, the last couple of weeks have been really good with everyone back in,” said the former striker.

“Even though we’re still missing a few players through injury and through COVID, we’re still feeling confident ahead of the game.”

United have failed to win silverware in each of the past four campaigns, with last season’s Europa League final defeat to Villarreal the latest near-miss of Solskjaer’s reign.

The signings of Sancho and Varane have increased the pressure to make a sustained title challenge, though the Norwegian admits there is always pressure to deliver at the club, but believes his side are ‘hungry’ for success this time around.

"Like with Bruno Fernandes… Today we were on the same team, and we just linked up very well." 👀🔥

Man Utd fans, we’ve got a treat for you just in time for the new season…

“There’s always pressure before every season,” he said. “When you finish with pre-season one chunk of work is done. We have to get a good start.

“This club is about trophies, good football and we need to keep developing.

“The team looks hungry and we have done good business. First couple of games are always an unknown.”

Solskjaer confirmed that Jadon Sancho will make his debut against Leeds tomorrow, having competed a £72.9m deal for the Borussia Dortmund winger earlier this summer.

Sancho has impressed in training ahead of the season opener against Marcelo Bielsa’s side, though Solskjaer refused to confirm whether the England international will be included from the start.

“Jadon is going to be involved definitely. Good week, but was ill after his holiday,” he said.

“He has looked sharper than expected. I can’t tell you if he is going to start though.”

Raphael Varane will not make his debut in the clash, however, with United having failed to finalise the defender’s transfer from Real Madrid before Friday’s 12pm deadline.

United have agreed a fee of around £42m with the Spanish giants, but the completion of the deal has been held up due to visa issues and the centre-back’s isolation period.

“He hasn’t trained with us. Things take time,” Solskjaer confirmed.

“Not 100 per cent done yet. He won’t be involved because he has not trained with us.

“The big hold up was the quarantine and the isolation – it will be done soon.”