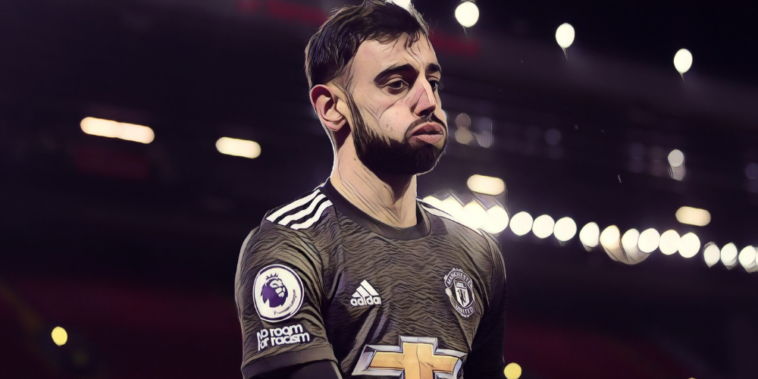 Ole Gunnar Solskjaer insists there is ‘no chance’ that Bruno Fernandes is tired following a downturn in the Manchester United midfielder’s recent performances.

Fernandes has starred since his arrival from Sporting Lisbon last January, breaking the record for goal involvements by a Premier League midfielder during a calendar year in 2020.

The Portugal international has scored 19 goals and provided a further 14 assists in just 32 league appearances for the Red Devils, but struggled to make an impact during the goalless draw with Liverpool last weekend.

Fernandes was wasteful in possession – losing the ball on 19 occasions – at Anfield and performed well below his usual standard, cutting a frustrated figure as he was substituted in the 89th minute.

However, speaking ahead of Manchester United‘s meeting with Fulham on Wednesday evening, Solskjaer has defended his star player and dismissed suggestions that the influential midfielder is in need of a rest.

“His form is very good, he’s just been voted player of the month,” the Norweigian said at his pre-match press conference. “He’s not tired, no chance.

“He is one of the players who covers the ground in every game. He’s very good at recovering and recharging his batteries. If he had scored with his free-kick on Sunday he would have been lauded as the best player in Premier League. He has been immense. If I ask him there is absolutely no chance he will say he is tired.

“He is expected to create and score goals. Sometimes the fine margins are against him. He is always on the verge of creating something. That is the position I want him in. That is what he has been told to do. I want him to do that.”