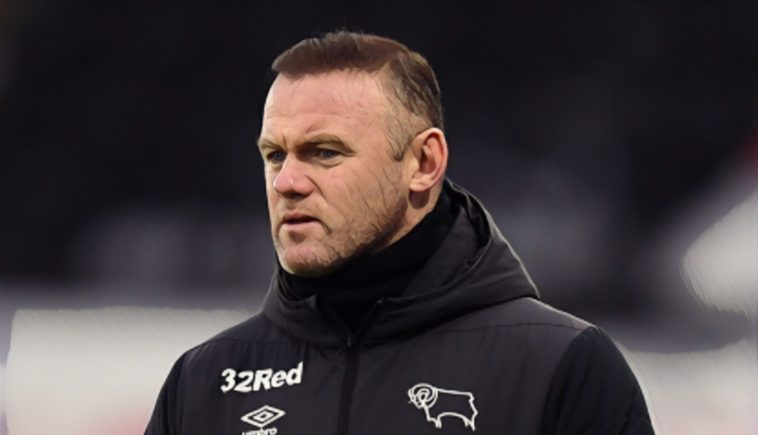 And just like that, it was over. No fanfare, no standing ovation, no farewell speech on the pitch in front of thousands of adoring fans.

Wayne Rooney’s legacy as a footballer will be debated back and forth this week and beyond, but the former Manchester United striker brought an end to that chapter of his life to begin another with immediate effect.

The most-capped England outfielder of all time took the Derby County manager’s job on a permanent basis on Friday, calling an end to a glorious playing career in the same act.

One might have expected that Rooney would be the type of player to extend his time on the pitch for as long as humanly possible, such was the utter conviction and competitiveness that he brought to every match in which he partook, rather than jump straight into the first job that came his way.

There was probably even a perception among many up until recently that management wouldn’t be a good fit for the Evertonian. But this is the kind of thing he has come across his entire career.

From very early on Rooney was labelled a ‘street footballer’; a player blessed with otherworldly gifts who thrives on instinct and beating his opponent with pure skill, trickery and exuberance, but perhaps can’t be moulded or shaped.

It’s not as if there isn’t an element of truth to that characterisation of Rooney. He was, after all, an exceptionally explosive footballer who was at his best when playing off impulse and intuition. But it also does him a disservice, assuming he wasn’t inclined to use his brain when the reality is he possesses an incredibly high level of football intelligence.

Part of that perception is almost certainly down to class snobbery – he is a working-class scouser, don’t forget – but he also contributed to it with his often aggressive manner on the pitch and off-field problems, including but not limited to drink-driving and infidelity.

The past year has shown a side of Rooney we rarely saw before, in large part thanks to his column in The Sunday Times. Since last March he has been illustrating his thoughts via the printed word, showing that there is more to him than just a supposedly brutish, unruly footballer.

Rooney penned pieces on the pandemic’s effect on football, mental health, and the UK Government’s incongruous plea for footballers to “do the right thing”, as well as analysing current teams and former teammates.

One of the most enlightening pieces came last May, when he wrote about the importance of team pattern and teammates who work for the collective.

“You only work as a unit if you communicate,” he said. “Most teams have three or four players who shout at the others but at (Manchester) United everyone was vocal. Wherever I’ve played – especially at DC United and Derby County – I tell young players to shout at me and not be shy. You can’t spot every opposition run and everyone needs to tell each other what they see.”

In another piece he tells of the time he taught Danny Welbeck how to stop falling over when through on goal, a problem that plagued his early years at Man United. While not particularly flattering for his former teammate, those two examples show he was thinking more like a manager than we may have expected.

We haven’t had the pleasure of reading one of Rooney’s columns since last October, but in those seven months there were some fascinating observations of his own game and career. He modestly admitted that he was not a “natural scorer”, declaring that he much preferred to get stuck in all around the pitch rather than hang around the box to latch onto goal scoring chances.

Rooney even had the temerity to criticise his former boss, Alex Ferguson, for his tactics in the Uefa Champions League final in 2011, calling them “suicidal”.

“I remember Alex Ferguson saying ‘we’re Man United and we’re going to attack, it’s in the culture of this football club’ and thinking ‘I’m not too sure about this’.

“I think all the players knew, deep down, it was the wrong approach, that we were abandoning the way that had brought us success in that 2008 semi-final – and sure enough both times we got outplayed.

“There is being true to the club, but then there’s sitting back afterwards and thinking ‘we lost’.”

Most interestingly, perhaps, are the insights into how he improved his own game. Aspiring footballers and admiring fans today will watch highlight clips of their favourite players set to EDM on YouTube. Of course when Rooney was growing up such an option wasn’t available, so instead he watched videos of Jari Litmanen to emulate the Finn.

In his first book Rooney also wrote of his visualisation techniques, spending the night before a match conjuring up images of himself playing, scoring and succeeding. These are things coaches and sports psychologists will readily recommend these days, but for a young player to be doing it of his accord is genuinely impressive.

Rooney didn’t just play the game as it was in front of him – he was constantly thinking about, musing on it, and studying it. Does that mean he will develop into an elite coach? There is no telling just yet, but it can’t hurt.

As a household name, England’s all-time top goal scorer probably could have seen the season out as a player and taken a relatively more high profile and cushier job elsewhere next summer. Derby is a big name club, of course, but there would certainly be easier jobs waiting for him at the end of the campaign.

The Pride Park outfit have been embroiled in ever-worsening financial problems, have struggled to pay players in recent months, and are involved in a takeover that they pray will not be drawn out for much longer.

It’s not quite a baptism of fire, but the new manager will be doing a lot of learning on the job over the next few months.

On top of all that, they’re in a relegation battle. So what did Rooney do in his first match as the permanent boss against lower table rivals Rotherham United? He handed the captain’s the armband to Jason Knight, a 19-year-old midfielder who was only 20 months old when his manager scored that goal against Arsenal in 2002.

It was a brave call that didn’t pay off in the way Rooney would have hoped – they fell to a late Jamie Lindsay goal for The Millers – but he’s dived right into the job and is doing it his way despite the circumstances placed before him.

And would you honestly expect any different?