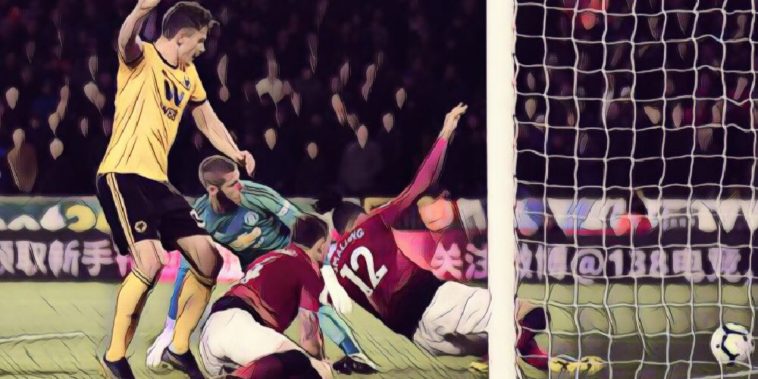 Ole Gunnar Solskjaer suffered the first defeat of his permanent tenure this evening to leave Manchester United’s hopes of finishing in the top four hanging in the balance.

The Red Devils knew that a win over Wolves would see them leapfrog Tottenham and Arsenal into third place in the Premier League, but despite taking the lead through Scott McTominay in the 13th minute, they would go on to slide to a 2-1 defeat thanks to goals from Diogo Jota and a Chris Smalling own goal.

However, Manchester United actually started with an impressive tempo and could have comfortably scored three times inside the opening 20 minutes, and Solskjaer was disappointed that they didn’t convert their chances.

“I think we played some fantastic stuff, first 20 minutes we should have been two or three up and I’m not exaggerating,” he told BBC Sport.

“We didn’t pounce on big moments in the game.

“Scott McTominay played really well tonight, he’s been excellent. He gave us a goal threat, energy and legs – very pleased with him.

“There’s a couple of mistakes from us. We gave them that first goal, we have to be honest.

United were reduced to 10 men when Ashley Young picked up his second yellow card of the evening three minutes before the hour mark, and the Norwegian admitted that it was hard for his side with a man disadvantage, although he was still left really happy with his side’s overall performance – despite the defeat.

“When you’re on a yellow and you go in you’re always in danger of getting another one. He hit the ball but followed through and hit him. It’s a yellow card,” he added.

“At 10 men it’s hard but we had to keep the ball. We didn’t want them to put pressure on us. They scored with their first chance after the sending off and you have to give them credit for that.

United now sit in fifth, having played one game more than the rest of their rivals for the top four with just six league games left to play.