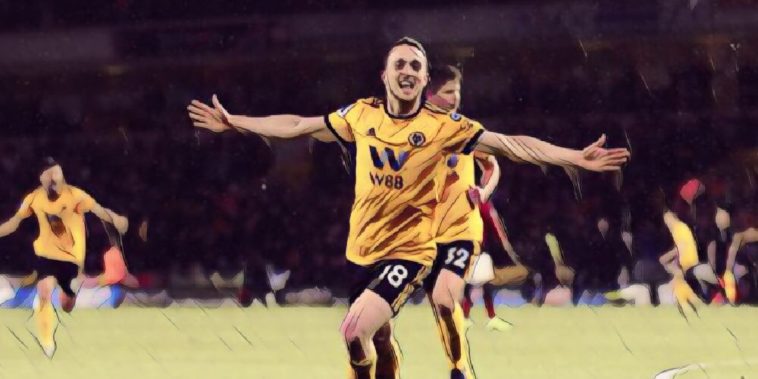 Wolves boss Nuno Espirito Santo said that he was really pleased with how his side reacted after they came from a goal down to beat 10 man Manchester United at Molineux.

Manchester United, who started with an impressive tempo, deservedly took the lead when Scott McTominay scored his first professional goal with a fine effort from outside the box after just 13 minutes.

However, despite being on the back foot for the opening 25 minutes or so, Wolves pulled back level when Diogo Jota smashed the ball past David de Gea.

While United had the majority of the chances in the West Midlands, they were reduced to 10 men when referee Mike Dean brandished his 100th Premier League red card, with Ashley Young seeing red for a second bookable offence.

Nuno Espirito Santo’s side would go on to grab a winner when Leander Dendoncker caused trouble in the United box from a dangerous cross, with Chris Smalling getting the final touch to make the score 2-1.

It was the second time in just over two weeks that Wolves had beaten United at Molineux, knocking them out of the FA Cup quarter-finals last month by the same scoreline, and Nuno Espirito Santo said it had been a ‘difficult’ game.

“Tonight was a good night, a good game of football,” he told Match of the Day.

“What more can you ask? We know it was very difficult. The extra effort the boys make and they react to the first goal – I’m really pleased.

“I give credit to United for how they shaped themselves, it was difficult to recover the ball. The way we reacted was amazing.

“Even after the red card it is always difficult against United. We created spaces and had more chances. If there’s one thing I can complain about it is being more clinical.

“The preparation starts now for the semi-final – we will rest and prepare for a difficult game. A fantastic challenge for us.”