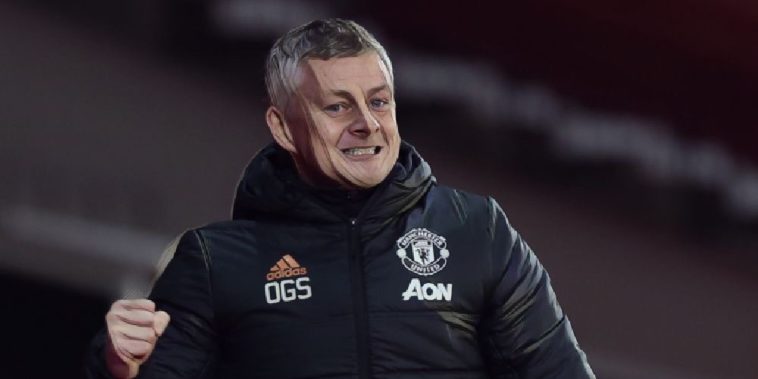 Ole Gunnar Solskjaer has followed in the footsteps of former Manchester United manager Sir Alex Ferguson with a bizarre excuse for the club’s inconsistent home form.

United have enjoyed a superb record away from home so far this season with the Red Devils unbeaten in the Premier League on the road, their run stretching back 23 fixtures and more than a calendar year.

Last weekend’s win at Tottenham saw the club come from behind once again, with Solskjaer’s side having now gained 25 points from losing positions this season – 22 of which have come in away fixtures.

Despite their strong form away from home, United have been unable to replicate those performances on home soil and have lost four times in the Premier League at Old Trafford in 2020/21.

Solskjaer has now provided a bizarre explanation for his side’s shortcomings, evoking memories of Fergie’s famous quip on the club’s colour-confusing grey shirts following a defeat at Southampton in 1996.

Solskjaer insists his side have found it difficult to pick each other out in red shirts given the red seats unoccupied by supporters at the stadium.

“You will see a change now,” Solskjaer told his pre-match press conference ahead of United’s Europa League clash with Granada.

“The banners around the club are not red any more. Some of the players have mentioned that when you have to make a split-second decision to find a team-mate, the red shirt on a red background with the red seats.

“We have tried to change that, and along with the anti-racism campaign [black Kick it Out banners], there shouldn’t be any reason.

“I still think we played some good results at home.”

Read – You’re having a laugh! Five of the most notorious excuses in Premier League history