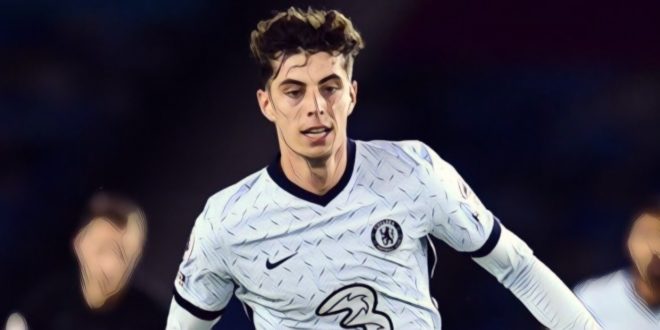 Making your debut for a new side is an occasion that many players will never forget and the start of the Premier League season brought a host of fresh faces to new colours this weekend.

Each of the new debutants will have been dreaming of making an immediate impact for their respective sides, though the players featured on this list will have been hoping for rather more after their debut displays.

Here are five Premier League players who had disappointing debuts on the division’s opening weekend:

Leeds were forced into a rethink in central defence after Brighton’s stance in not selling Ben White, the young defender having been so impressive during a season-long loan spell at Elland Road last season.

The inability to secure White on a permanent basis saw Leeds turn to an alternative and Marcelo Bielsa’s side completed a £13m deal for Freiburg defender Robin Koch, the three-cap Germany international arriving to bolster the club’s options.

Koch and Leeds were handed a baptism of fire as the club made its Premier League return this weekend, handed the daunting task of a trip to champions Liverpool, the Reds having gone more than three-and-a-half years unbeaten in the league at Anfield.

Leeds produced a hugely encouraging display and lost a thrilling contest 4-3, though it could perhaps have been better had it not been for a difficult evening for their summer signing.

Koch struggled with the intensity of the clash and conceded an unfortunate penalty for handball to allow Mohamed Salah to open the scoring, before losing Virgil van Dijk as the Dutch defender powered home a header.

It was a poor performance in a makeshift defence and his erratic showing will raise concerns, though he will be provided with some patience as he adapts to the demands of the Premier League.

The best Premier League stats of the week: Salah’s half century and the Rodriguez effect

It’s been a long road to the Premier League for Sam Johnstone and he will have hoped his first taste of top-flight football would be more positive than this, West Bromwich Albion beaten comfortably by Leicester at the Hawthorns.

Johnstone came through the academy ranks at Manchester United but never made a first-team appearance for the club, spending seven successive loan spells in the lower leagues, including a stint at Aston Villa that ended in play-off final defeat to Fulham.

After leaving Old Trafford to sign for West Brom on a permanent basis, Johnstone was given his opportunity in the Premier League this weekend following the Baggies’ promotion, and whilst he made some decent saves he will undoubtedly of been hoping for more.

The newly-promoted side were beaten emphatically by Leicester with Jamie Vardy scoring twice from the penalty spot for the visitors, and Johnstone may have to get used to being busy based on this weekend’s evidence.

Seven of the best Premier League debutants from the opening gameweek

Chelsea’s expensive summer of recruitment has raised expectations at Stamford Bridge and their prized capture has been the club-record signing of Kai Havertz, though the midfielder’s introduction into English football was one to forget following a dire display at Brighton.

Havertz’s uninspiring performance included one embarrassing routine pass out of play and a shanked shot that went out for a throw, as he struggled to make an impact in an unfamiliar position on the right side of the Chelsea attack.

The Germany international has trained with Chelsea for just a week before this performance and despite social media critics being quick to blast the record buy, regular watchers of the Bundesliga will be rightfully aware of the class the 21-year-old possesses.

Lampard was quick to throw the marquee addition into his side and may now reconsider allowing Havertz a settling in period, the midfielder regarded as one of world football’s finest young players for good reason and sure to bounce back in the coming months.

Another club-record signing who failed to make the desired impact this week, Rodrigo was left out of Leeds’ starting XI for their trip to Liverpool, only to make a costly intervention after arriving off the substitutes’ bench.

Rodrigo has been signed as the focal point for Bielsa’s exciting Leeds side as they make their return to the Premier League for the first time in 16 years this season, but his eagerness to impress undid the good work his side had produced in a thrilling contest at Anfield.

Three times Leeds came back to equalise against the champions on Merseyside, only for Rodrigo to suffer a brain-fart and clumsily bring down Fabinho inside the penalty area with just a couple of minutes left on the clock.

Mohamed Salah duly stepped up to slam the spot-kick home and complete his hat-trick, with Rodrigo owing his teammates a huge apology following their agonising opening day defeat.

The signing of Adam Lallana was seen largely as a coup for Brighton following the midfielder’s free transfer arrival from Liverpool, the Bosman signing of a Champions League and Premier League winning talent seen as smart business for Graham Potter and his side.

Lallana looked bright during the first half of his Premier League bow for the Seagulls against Chelsea, only for – as on so many occasions previously – his body to fail him once more.

The 31-year-old looked dejected as he was substituted on the stroke of half-time with what appeared to be a hamstring problem, in what was just his 10th Premier League start in four seasons and his first since December.

Lallana has now failed to complete a Premier League game in more than three years and Brighton will hope his latest problem is not a sign of things to come for a player who has endured a nightmare run with injury in recent seasons.

Pierre-Emile Hojbjerg was not short of suitors after declaring he wanted out of Southampton this summer, with the fixture generator throwing up an intriguing opening day fixture between his new Spurs side and Everton, the club who had been beaten by the north London side to his signature.

Everton are likely to feel they conducted the better business after moving on to the likes of Allan and Abdoulaye Doucoure, the Toffees new-look midfield dominating the Danish international and Harry Winks.

It was a midfield pairing that failed to click for Spurs and that will be a concern for Jose Mourinho, the duo lacking any form of creativity or invention with their functional styles unlikely to excite the club’s supporters.

His pathetic play-acting after committing a crunching challenge on Richarlison late on only added to a disappointing debut display for the Dane.