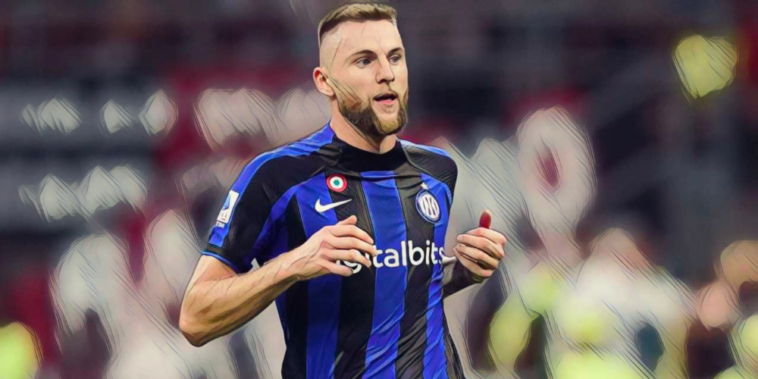 Six Premier League clubs are interested in a deal to sign Milan Skriniar as the defender approaches the end of his contract at Inter Milan.

Skriniar is set to become a free agent at the end of the season with Inter having so far failed to agree a new deal for the centre-back, whose situation has alerted leading clubs across Europe.

The Slovakia international is viewed as one of Serie A’s best defenders and TEAMtalk are reporting that a host of English clubs are considering an approach for the free agent.

Skriniar will be able to negotiate a pre-contract agreement with foreign sides from next month and Liverpool, Manchester City, Chelsea, Tottenham, Manchester United and Newcastle are all interested in a potential deal.

Despite central defensive additions not being at the top of the agenda for some of those clubs, the prospect of signing Skriniar on a free transfer is attractive to interested sides.

Paris Saint-Germain are understood to be leading the chase for the 27-year-old, though Inter have not given up hope of persuading Skriniar to sign a new deal.

Skriniar – who has been named Slovak Footballer of the Year in each of the last three years – has made 236 appearances in all competitions for Inter and formed part of the team that won the Serie A title in 2020/21.