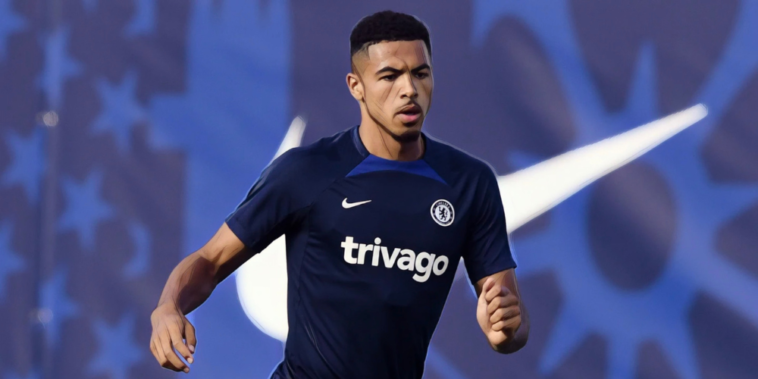 Levi Colwill is a target for a several Premier League clubs with Chelsea considering selling the defender this summer.

Colwill has returned to Chelsea for pre-season after an impressive loan spell at Huddersfield last season, with the teenager making 32 appearances as the Terriers reached the Championship play-off final.

Despite the exits of Antonio Rudiger and Andreas Christensen, Colwill is set to find his path to first-team football blocked in west London.

Thomas Tuchel’s side are closing in on the signing of Kalidou Koulibaly from Napoli, while the Blues are also pursuing a deal for PSG centre-back Presnel Kimpembe.

Those arrivals could pave the way for Colwill to leave, with the Daily Mail reporting that Crystal Palace are the latest club to have expressed an interest.

The Eagles – who signed Conor Gallagher on loan from Chelsea last season – have joined Leicester and Southampton in pursuit of Colwill, while there is also said to be interest in the defender from Arsenal, Brighton and Everton.

Should the 19-year-old depart, he will take encouragement from the fortunes of Fikayo Tomori and Marc Guehi, each of who have broken into the England squad after leaving Chelsea for regular minutes.