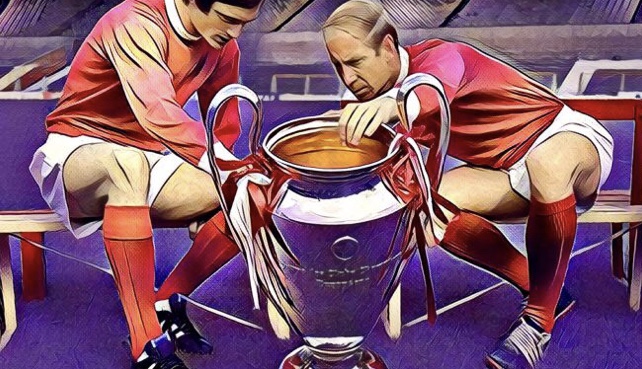 Not many Englishmen can say they have won the league, the FA Cup, the European Cup and the World Cup, but one man who can is Sir Bobby Charlton – a true footballing legend.

Having won his first title in 1957, Bobby Charlton endured the horror of the Munich air disaster the following year, an incident which would change his life forever. From that day on, he would become the embodiment of Manchester United, and 10 years on from that tragic night in Germany, he guided the Red Devils to their first European title.

He had already etched his name in English football history, helping his country to their one and only World Cup triumph back in 1966. Since his retirement, he has become a director and an ambassador for the club for who he achieved so much, and even has the South Stand at Old Trafford named in his honour.

So without further delay, here are a look at what other people have said about this iconic man.

“Bobby is, quite simply, the most iconic figure in English football history. A player, a diplomat, a gentleman and a tireless worker for charity, he represents everything that is good about football and Manchester United.” – Edward Woodward

“There has never been a more popular footballer. He was as near perfection as man and player as it is possible to be.” – Sir Matt Busby

“The great attribute of Bobby – and it’s a great example to anybody who has been successful – is how he has kept his feet on the ground and retained his humility all his life.” – Sir Alex Ferguson

“I played with him briefly toward the end of his United career, and he was just gobsmacking to witness. He was 35 when I got to Old Trafford, and he was as fit and enthusiastic as a 25-year-old. He’d done so much, but his desire never faded – his work-rate kept him right at the top. He was still trying to improve.” – Lou Macari

“What a pleasure to play alongside. I don’t think I’ve even seen anybody who could beat players as easily as him, myself included. I often used my pace, but Bobby made it look effortless. And once he got within 30 yards of goal, he was lethal with either foot. Because he played a lot on the left, many people assume he was a natural left-footer, but I don’t think he was. He was just so good with both feet.” – George Best

“I think he just epitomises Manchester United. He was one of the best players there’s ever been and he’s someone who is humble, approachable and who oozes class. He’s a great person to know and he’s someone who has inspired me and helped me throughout my career.” – Ryan Giggs

“Sir Bobby represents everything that is good about the game of football; fair play, respect, and true loyalty and he is a good example for future generations, both on and off the pitch.” – Michael Platini

“Charlton, as we all know, covered the whole pitch. Played on the left, on the right, in the middle. He never stopped running and he had a very powerful shot and scored a lot of great goals. I have many more good than bad memories from my career, but some of the bad memories come from when I crossed paths with Bobby Charlton. It was Bobby Charlton who spoiled my day in the World Cup semi-final of 1966 and later the European Cup final of ’68, but I’ve forgiven him and we are still good friends now. He’s a real English gentleman.” – Eusebio

“It was a dream to meet him because he was my dad’s favourite player and my middle name Robert is after Sir Bobby!” – David Beckham

Read Also – Eric Cantona and how he made us feel