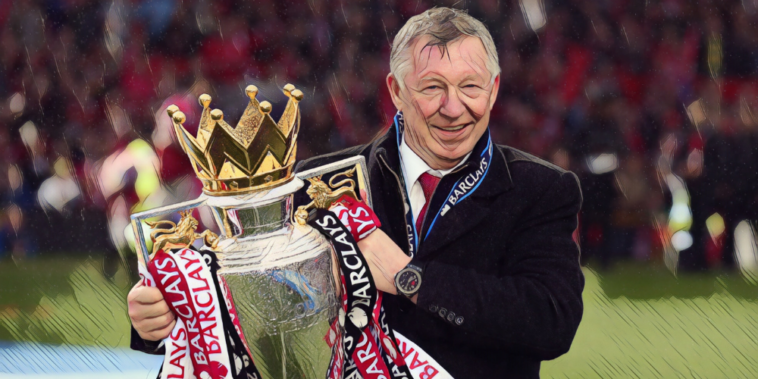 Sir Alex Ferguson celebrates his 80th birthday this week, a landmark celebration for a man many regard as the greatest football manager of all time.

No coach has ever won more major trophies than Ferguson, who oversaw the most successful eras in the history of both Aberdeen and Manchester United, establishing the latter as England’s dominant force during the first two decades of the Premier League.

There will perhaps never be another coach who replicates the success of the Scot, with Manchester United having failed to properly replace the legendary manager since his retirement from the dugout in 2013.

Scotland has been dominated by a Glaswegian duopoly for almost its entire existence, with Celtic and Rangers having shared an astonishing 106 league titles between them north of the border.

That dominance was challenged in the early 1980s as Aberdeen – led by Ferguson – upset the established elite, winning the Scottish top-flight three times in just six seasons, alongside four Scottish Cup triumphs.

The height of Ferguson’s underdog story at Aberdeen came during the 1982/83 season, however, after the side secured qualification for the European Cup Winners’ Cup.

A statue of Sir Alex Ferguson has been commissioned by Aberdeen to commemorate his outstanding contribution to the club.

He famously led them to victory in the European Cup Winners' Cup when they beat Real Madrid 2‐1 in 1983 🏆 pic.twitter.com/QjaiDEkdj8

Aberdeen enjoyed a fairytale run in the competition, eliminating FC Sion, Dinamo Tirana and Lech Poznan before an upset of German giants Bayern Munich in the quarter-finals increased belief over an improbable triumph.

Belgian side Waterschei were thrashed in the semi-finals and earned Aberdeen a glamour tie in the final, travelling to Stockholm to face six-time European champions Real Madrid.

On one of the greatest nights in Scottish football history, goals from Eric Black and John Hewitt sealed a 2-1 win for Aberdeen, an incredible triumph that remains the last time a side from Scotland claimed European silverware.

Ferguson moved south to take charge of Manchester United in 1986 and overcame a tough initial period to claim his first major trophy with FA Cup success in 1990.

As the inaugural Premier League season began in the early nineties, the Red Devils were amongst the favourites to end a 26-year wait for a league title after finishing as runners-up to Leeds the previous season.

Ferguson’s side began indifferently and found themselves as low as 10th in November, but the mid-season signing of Eric Cantona from Leeds proved the catalyst behind their challenge.

The Frenchman proved a spectacular hit as Ferguson’s gamble paid off, inspiring a surge that ended a championship wait of more than two decades.

Steve Bruce’s famous late double against Sheffield Wednesday was the second of six successive wins to end the season, with the Red Devils crowned champions after finishing 10 points clear of nearest challengers Aston Villa – A dynasty had began.

The first decade of the Premier League saw the Red Devils emerge as the division’s dominant force, winning four of the first six titles of the relaunched top tier.

The trophy Ferguson truly craved, however, was the Champions League with United having failed to make a tangible impression on the competition, their best performance a run to the semi-finals in 1996/97.

History was made during an incredible campaign two seasons later, as Ferguson’s team conquered all before them in a campaign of thrills, spills and unforgettable moments.

United reclaimed the Premier League title from Arsenal after finishing a point ahead of the Gunners, whilst the same opposition were beaten in a memorable semi-final as the FA Cup was won to seal a domestic double.

The club’s European adventure as similarly storied, progressing from a Group of Death featuring Bayern Munich and Barcelona, before beating continental superpowers in Inter Milan and Juventus to reach the final.

Faced with a rematch with Bayern Munich, the Premier League champions were second best for much of the contest, trailing heading into the final stages courtesy of Mario Basler’s free-kick.

What followed was the most dramatic conclusion to a Champions League final, as stoppage time goals from Teddy Sheringham and Ole Gunnar Solskjaer snatched victory from the jaws of defeat and crowned United champions of Europe in stunning style.

Nine years later and the Red Devils were again celebrating Champions League success, in a season which marked the 40th anniversary of the club’s first European triumph.

Ferguson’s team were in the midst of three consecutive title-winning campaigns, as a side fired by the goals of Wayne Rooney and Cristiano Ronaldo proved to be the Premier League’s best.

The 2007/08 season also saw the side progress through to the Champions League’s latter stages, beating Sporting Lisbon and Roma before a Paul Scholes wonder goal proved the difference in a semi-final showdown with Barcelona.

That win set up the first-ever all-Premier League final as United met Chelsea in Moscow, a showpiece with no shortage of drama as penalties decided the outcome at the Luzhniki Stadium.

Ronaldo’s miss provided John Terry with the chance to win it for Chelsea, but the defender’s infamous slip in the Russian rain swung the momentum back in the Red Devils’ favour. Edwin van der Sar’s saved from Nicolas Anelka, handing Ferguson his second Champions League trophy.

With the pressure increasing on Ferguson following a disappointing start to the 2002/03 season, the Scot responded with one of his most iconic quotes.

The rise of Manchester United had coincided with Liverpool’s fall from grace and the Red Devils had won seven titles since their north-west rivals last in 1990, with Ferguson having made no secret of his desire to overhaul the Merseysiders as England’s most successful side.

The 2010/11 season saw United finally move past their biggest rivals, claiming a 19th league title – and 12th under the guidance of Ferguson – to deliver on their manager’s promise.

Ferguson added a final Premier League title during the 2012/13 season before walking away from the game, with the Red Devils having since failed to claim the championship in his absence.