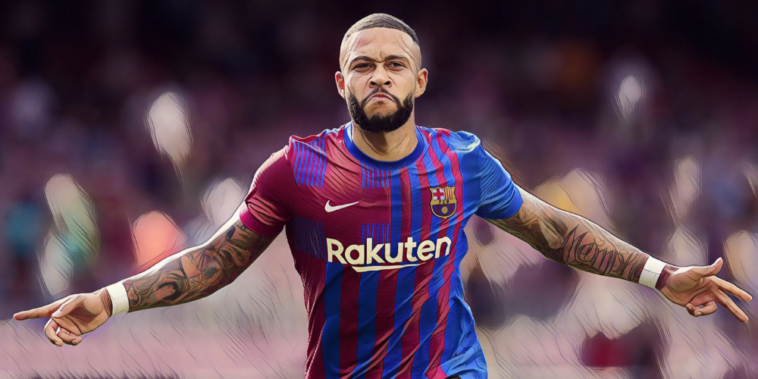 Juventus have rejected the chance to sign Memphis Depay in a swap deal, as Barcelona look to sign Alvaro Morata.

Barcelona are interested in signing a centre-forward next month and are targeting a deal for Morata, who is in the second season of a two-year loan deal at Juventus from Atletico Madrid.

Juventus have the option to sign the Spain international for a permanent fee of €35m next summer, but are understood to be unlikely to trigger that option and Morata is now considering his options.

Football Italia are reporting that the Bianconeri have turned down a proposal from Barcelona that would see Memphis Depay head to Turin, with manager Max Allegri keen to sign an out-and-out centre-forward should Morata depart.

Allegri is also reportedly concerned with the fitness record and recent form of former Manchester United forward Memphis, who signed for Barcelona on a free transfer from Lyon last summer and has scored eight goals in 15 league appearances so far this season.

The two teams will now look to find an agreement that suits both parties and parent club Atletico, with Xavi having identified the signing of Morata as the ideal addition to his Barcelona side, following the confirmed capture of Ferran Torres from Manchester City.

Morata – who has scored seven goals in all competitions this season – is in his second spell with Juventus, having previously had stints with Real Madrid, Chelsea and Atletico.