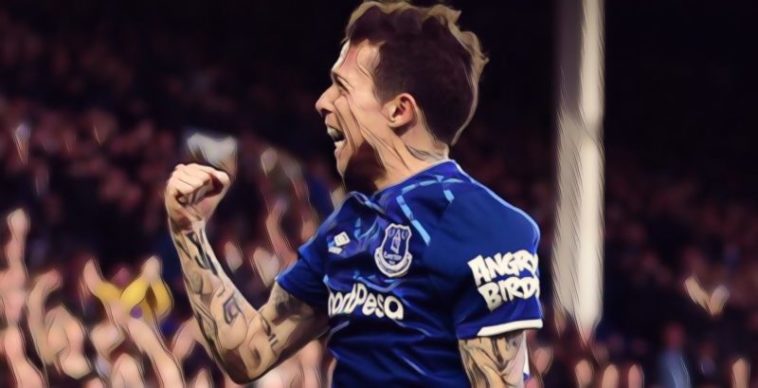 Marco Silva has hailed the performance of his Everton side after they secured a crucial 2-0 win over West Ham at Goodison Park.

Bernard would hand a much improved Everton a first-half lead with a brilliant individual goal, the diminutive Brazilian firing low under the goalkeeper before substitute Gylfi Sigurdsson secured the win late on with a stunning effort from distance.

The win lifts Everton out of the Premier League‘s bottom three and eases the pressure on Silva, who was full of praise for his side’s ‘quality and intensity’ following a much-needed victory on Merseyside.

”We are a group, we are a team. The main thing is that we played football,” Silva told BT Sport.

We are back , we are TOGETHER 👊🏻😊🏟 what a spirit and what an atmosphere again 😍💙 @everton #nevergiveup #victory #headup pic.twitter.com/KYJrmS93Rk

”When I see them express themselves like they did this afternoon, that’s the main thing for me. When we play like we did today, the wins will be there.

“The quality and intensity was there from the first minute. It was really good, maybe we didn’t score as many goals as we deserved.

“The performance was really important for me. I expected a reaction because I know the players’ quality. We need the results and we need the points to improve our position in the table. At the end of the season, we’ll be smiling for sure.”