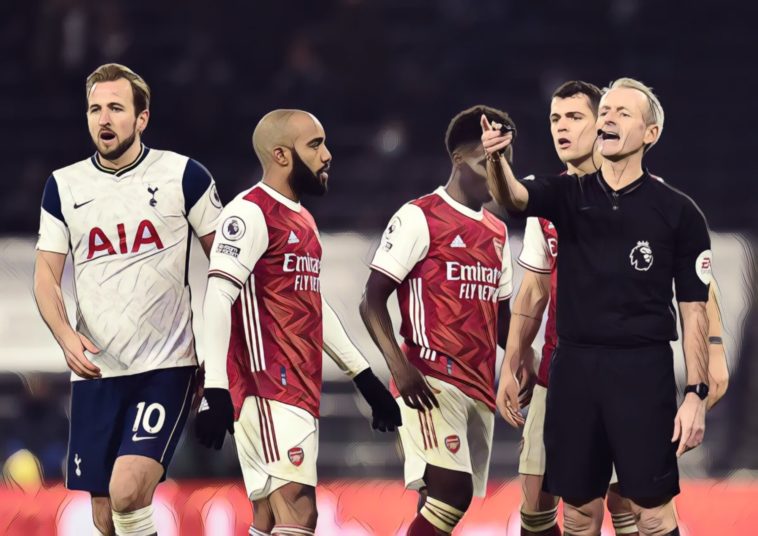 Jamie Carragher has blasted Arsenal’s north London derby performance as a ‘shambles’ and says he was ‘flabbergasted’ by Mikel Arteta’s tactics and comments following the defeat to Tottenham.

Arsenal were beaten 2-0 at Spurs on Sunday to continue their disappointing start to the season, counter-attack goals from Son Heung-Min and Harry Kane earning three points for Jose Mourinho’s league leaders.

Defeat confirmed the Gunners worst start to a campaign in more than four decades and came despite dominating the ball throughout the contest, with Arsenal boasting 70% of the possession at the Tottenham Hotspur Stadium.

Speaking following the defeat, Arsenal boss Mikel Arteta felt his side had played well but lacked ‘end product’, a notion Carragher has dismissed after admitting he was left ‘flabbergasted’ by the Spaniard’s comments.

“Arsenal did not play well. Arsenal were awful, defensively and with the ball, from minute one.

“This idea that because you have possession, you’ve played well – I’m flabbergasted when I hear it.

“They never had one chance in the game where someone should have scored. I’ve just seen a Mourinho quote saying possession is for the poets or the philosophers. He’s absolutely spot-on if there’s nothing with the possession.”

Carragher labelled Arsenal’s performance as a ‘shambles’ as they struggled to create opportunities despite their wealth of possession, questioning Arteta’s tactical approach against a Spurs side renowned for sitting deep and hitting sides on the counter-attack.

“I thought tactically, Arsenal were a shambles, so poor,” he said.

“What I couldn’t believe and what was so frustrating watching it was that this has happened so often in Mourinho’s managerial career. Even if you had only watched Tottenham this season, you would know what they were going to try to do.

“It’s almost like this Arsenal team and Mikel Arteta had been transported into this game from the moon and they didn’t know who Mourinho was and had never seen Tottenham play.

“I was flabbergasted. What I watched and some of the things I heard after the game, I thought they were so poor.”