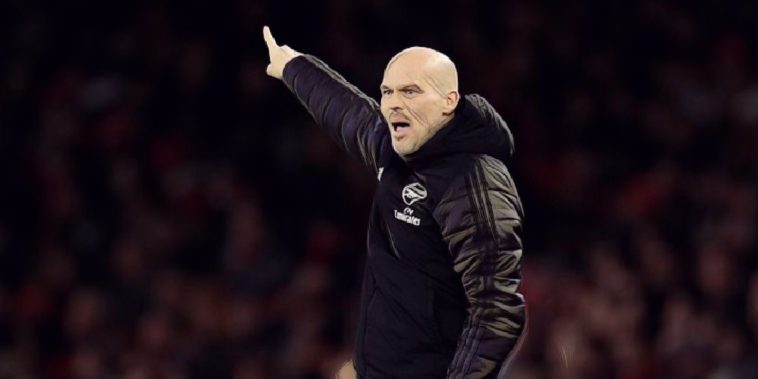 Freddie Ljungberg has discussed Arsenal’s disappointing start to the season and has suggested the Gunners are playing too ‘slow’ under Mikel Arteta.

Arsenal’s poor form continued as they were beaten 2-0 by Tottenham in the north London derby on Sunday, confirming the club’s worst start to a campaign in more than four decades and stretching their woeful recent record to one win in their past seven Premier League fixtures.

Arteta’s side have struggled to score goals this season and have registered just 10 in 11 Premier League games, failing to score in their defeat to Spurs last weekend despite boasting a huge 70% of the possession.

Arsenal failed to make that possession count, however, and struggled to carve out clear-cut opportunities against the league leaders, with Ljungberg – who left his coaching position at the Emirates during the summer – offering his suggestion for the club’s struggles this season.

“I’m not there and I can’t say what they train and this and that so it’s a bit sensitive [to talk about], but for me, in general terms, it’s just a little bit slow,” Ljungberg said on Sky Sports MNF.

“If they could just go into general games, not just this game, with a bit of a higher passing tempo, go a bit quicker.

“You saw when they had success last season a few times, it went quite quick into Aubameyang and he opened up his legs, he had space to run in, so maybe passing a bit quicker.

“Then of course it depends how you setup the team. Arsenal, they played with a five, then only with two midfielders and that showed they couldn’t have a creative midfielder in the team really because they were just working really hard in midfield.

“He’s now changed to a back four and they will have a 10, I think Lacazette played that role yesterday, so I think he’s trying to mix it up to have a bit of that creativity in the middle of the park.

“But as you see the stats don’t really lie.”