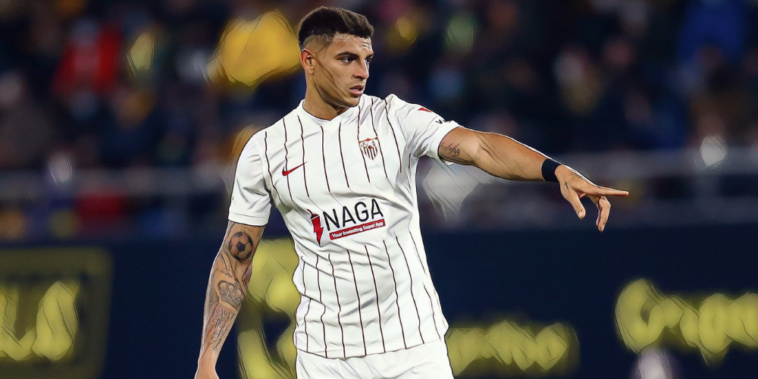 Sevilla have reportedly set an asking price of £37.9m for Diego Carlos as Newcastle pursue a deal for the centre-back this month.

Newcastle have seen an opening offer for Carlos rejected as the Magpies seek the signing of a defender before next week’s transfer deadline, with an unnamed Premier League club – reported to be based in London – having matched their £30m offer.

Sevilla are demanding improvement on those offers, however, and according to Sky Sports are willing to sell Carlos this month should their £37.9m valuation be met.

The 28-year-old has submitted a transfer request and is keen to move to the Premier League, with all parties understood to be confident that a deal can be agreed in the final days of the window.

Carlos has impressed since signing for Sevilla from Nantes in 2019, winning the Europa League during his debut season and forming part of the Brazil squad that won Olympic gold in Tokyo last year.

Newcastle have placed the signing of a centre-back at the top of their wish-list this month, but will move on to alternative targets should a compromise not be found with the Magpies having also been linked with Fenerbahce defender Attila Szalai.

The London-based side to have bid for Carlos has not been named, though it is not believed to be either Arsenal or West Ham.