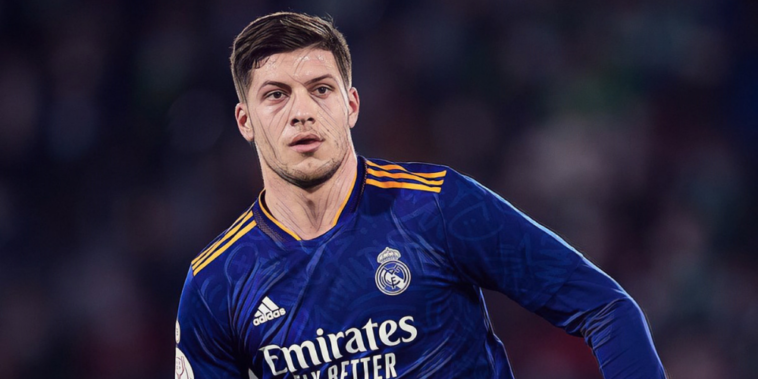 Arsenal are eyeing a loan move for Real Madrid forward Luka Jovic as the club consider alternatives to Dusan Vlahovic this month.

The Gunners want to sign a centre-forward before the transfer window’s deadline next week and have made Fiorentina star Vlahovic their leading target, but have so far been frustrated in their attempts to convince the 21-year-old to move to the Emirates.

Fiorentina are open to the sale of Vlahovic – who has scored 17 goals in 21 league games this season – with the forward having entered the final 18 months of his deal, but there are concerns in the club that he has ‘set his heart on’ a move to Juventus.

The Sun are reporting that Arsenal are now considering Jovic as an alternative, with the 24-year-old having failed to make an impression since signing for Real Madrid in a €60m deal in 2019.

Jovic has scored just three league goals since moving to the Spanish capital and spent the second half of last season on loan at former side Eintracht Frankfurt.

He starred during a previous spell in the Bundesliga and scored 27 goals in all competitions during the 2018/19 season to earn a big-money move to the Bernabeu.

Jovic has also scored seven goals in 20 appearances for Serbia at international level, where he is a teammate of Vlahovic with the national side.

He has failed to start a league fixture for Real Madrid this season and Arsenal could look to secure a short-team loan deal for the forward, having built a strong working relationship with Los Blancos following previous loans for Dani Ceballos and Martin Odegaard.