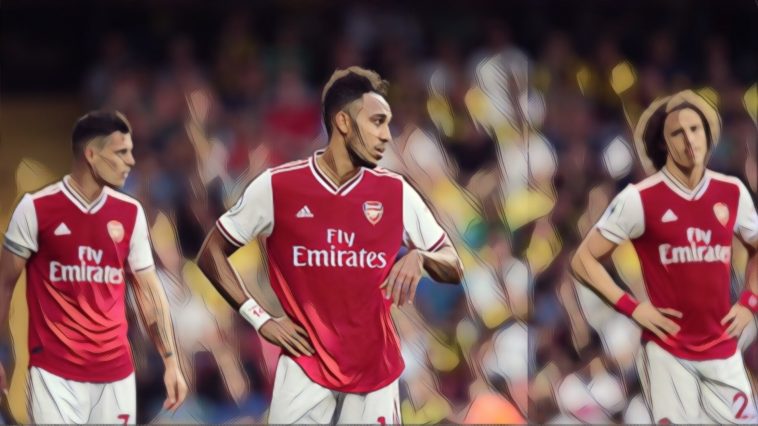 Pierre-Emerick Aubameyang is amongst a host of Arsenal players ‘considering their future’ at the club ahead of the impending appointment of Mikel Arteta as the club’s new manager.

Arsenal look set to appoint their former captain as Unai Emery’s successor after holding advanced talks with the Spaniard, Arteta set to join from Manchester City where has worked as an assistant for the past three seasons since announcing his retirement from football.

Arteta’s appointment is a significant gamble by the club’s hierarchy given his lack of managerial experience, and according to the Independent, the 37-year-old will have a job on his hands to get his squad on side, with many of the club’s senior stars said to be considering their future at the Emirates.

Chief amongst them is believed to be captain Aubameyang, the forward believed to be ‘actively’ seeking an exit, while his brother caused controversy by criticising the choice of Arteta on social media earlier this week.

The Gabon international turned 30 in June and has just a year and a half remaining on his contract, the former Borussia Dortmund star having shown no willingness to sign an extension following the club’s recent struggles.

There is now a growing fear that Aubameyang will look to force an exit as he seeks to join a club with realistic ambitions of challenging for silverware, the club’s top goalscorer reportedly unprepared to commit to a long-term project under the guidance of Arteta.

Alexandre Lacazette and Granit Xhaka are also believed to be amongst the senior stars considering a departure, the latter in particular having endured a difficult time of late, being stripped of the captaincy following a public clash with the Arsenal support.

Arteta will need to command instant respect and convince his squad of the direction the club are heading in, the growing unrest amongst the players coming from a perceived lack of direction with the board greatly concerned by recent attitudes and performances.