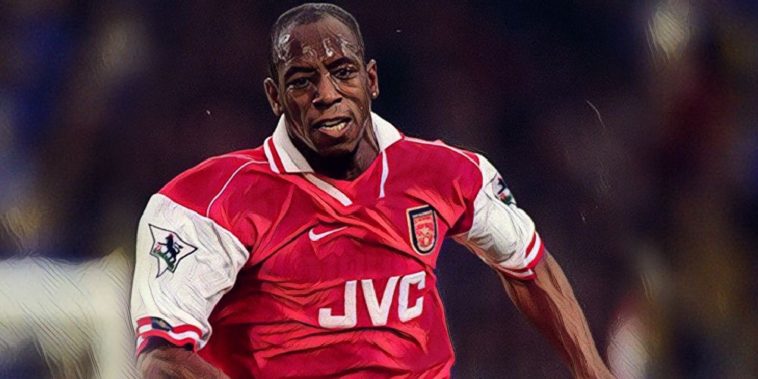 Regarded as one of football’s great late bloomers, Jamie Vardy’s career has reached incredible heights since making his Premier League debut for Leicester at the age of 27.

Vardy became the oldest ever winner of the Premier League’s Golden Boot last season and has scored prolifically since his top-flight bow, his prolific campaign last season seeing the Foxes’ forward reach a century of goals to join the division’s exclusive ‘100 club’.

The 34-year-old has now registered a staggering 99 goal involvements since turning 30, with his next goal or assist set to see him join a list of just five players to have hit 100 following that landmark birthday.

Here are the five Premier League players to have registered 100+ goal involvements aged 30+:

Arguably the division’s most evergreen talent, Teddy Sheringham holds the Premier League records as the oldest ever outfield player and oldest ever goalscorer following a career of huge success and longevity.

Sheringham won the Premier League’s Golden Boot during the league’s inaugural season after signing for Tottenham from Nottingham Forest, spending five seasons with the north London side during the division’s first decade.

With silverware having proven elusive, however, he signed for Manchester United in 1997, with Sir Alex Ferguson viewing the then 31-year-old as the ideal replacement for the departed Eric Cantona.

Sheringham starred during four seasons with the Red Devils and won three league titles, the first coming as part of a historic league, FA Cup and Champions League treble with the veteran forward netting in both finals of the latter two competitions.

He returned to Spurs in 2001 after winning a PFA Player of the Year and FWA Footballer of the Year double in his final season at Old Trafford, before spells at both Portsmouth and West Ham.

His final top-flight goal came for the Hammers during the 2006/07 season, Sheringham aged a record-breaking 40 years and 268 days.

Vardy’s story has similarities to the career of Ian Wright, who also rose from non-league to establish himself as an England international and one of the Premier League’s finest forwards.

Wright signed for Arsenal from Crystal Palace in a club-record deal in 1991 and cemented himself as a legendary figure with the Gunners’ faithful, scoring prolifically during the first seasons of the newly branded Premier League.

The forward scored a huge 93 of his 113 goals in the division following his 30th birthday, becoming Arsenal’s all-time record goalscorer during the 1997/98 season – his 185 goals for the north Londoners a figure since only eclipsed by Thierry Henry.

That season proved to be final campaign of his career with the club, forming part of the side that won a domestic double under Arsene Wenger before short stints with the likes of West Ham, Nottingham Forest, Celtic and Burnley.

The greatest goalscorer in the history of the Premier League and fourth overall amongst top-flight scorers in English football history, it is perhaps little surprise to see the name of Alan Shearer on this list.

Shearer was simply a goalscoring phenomenon at the peak of his powers, becoming the only player in Premier League history to score 30+ goals in more than one campaign, a feat he achieved in three consecutive campaigns for Blackburn in the mid-nineties.

Injuries slowed him somewhat, but there are few who thrived more when presented with a sight of goal than the former England captain, who spent the second half of his career desperately attempting to bring success to boyhood side Newcastle.

Whilst silverware ultimately proved elusive despite some near misses, he wrote himself into the Magpies’ history books as their all-time record goalscorer, including racking up 94 goals as part of over 100 goal involvements after turning 30.

That run included netting 62 goals across three seasons between 2001/02 and 2003/04, form which helped fire Sir Bobby Robson’s Newcastle into the Champions League.

The mid-nineties were a different time as the exciting dawn of the Premier League was in its infancy, a host of foreign imports arriving into English football and helping to take the league to new heights.

Amongst them was a certain Gianfranco Zola, who arrived at Chelsea as a 30-year-old from Parma and left an indelible mark on the west London side and the league itself.

Chelsea were not the same powerhouse as seen today but became a cult side in the late nineties, a collection of exciting additions led masterfully by a diminutive Italian who cemented himself in the Blues’ folklore.

Zola became the first player in history to win the FWA Footballer of the Year after arriving mid-season, whilst he became just the second to win the honour in his debut campaign despite not signing for Chelsea until November.

The forward spent seven seasons at Stamford Bridge and provided 101 goal involvements in 212 league appearances, scoring 59 goals and providing 42 assists in addition to many magical moments.

His list of honours includes winning two FA Cups, the League Cup and UEFA Cup Winners’ Cup, the star remaining one of the most iconic players in the club’s history even given the success that has since followed.

Frank Lampard ranks amongst the most prolific goalscorers the Premier League has seen, his record comparing to the division’s finest forwards despite a career spent in midfield.

The numbers are remarkable with Lampard widely viewed as the best of his ilk when it comes to ghosting forward from midfield, often arriving late to fire home during a glittering career in Chelsea blue.

Lampard scored a huge 86 of his 177 top-flight goals after turning 30, including the most prolific season of his career as he found the net 22 times to help Chelsea to a domestic double in 2009/10.

Lampard also twice finished as the leading assist provider in the Premier League after reaching the landmark birthday, providing more goals than any other player in consecutive campaigns in 2008/09 and 2009/10.

He remains one of just three players – alongside Wayne Rooney and Ryan Giggs – to have reached a century of both goals and assists in the Premier League.