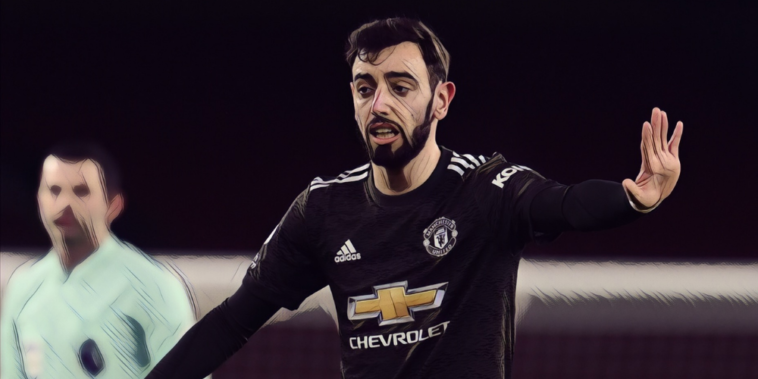 Ole Gunnar Solskjaer’s side lost ground on league leaders Manchester City in the title race after being held to a goalless stalemate at the Emirates, dropping points for the third time in four league fixtures after struggling to break down the north London side.

The result extended the Red Devils unbeaten away run to a club-record 18 games but continued a concerning run of form against the Premier League’s ‘big six’, United having failed to win in all six of their clashes against the division’s biggest sides so far this season.

Scholes admits that record is ‘really worrying’ and also raised questions about Bruno Fernandes’ ability to influence the biggest occasions, with the midfielder having just one goal – from the penalty spot in a 6-1 defeat to Tottenham – and no assists against the ‘big six’ this season.

“When you’re struggling against Sheffield United the other night, you’re beaten by them and then you come to a big game, they just can’t win them.

“They just can’t find a way of doing it. Bruno Fernandes has been disappointing in every single one of them. He’s had great numbers, great assists, great goals. In the last five games against big teams, he’s had no goals, no assists.

“It’s really worrying and that’s why United are where they’re at. They’re in a good position tonight but it’s not a position where you think ‘this team will go on to win the league.”

Scholes criticised his former side’s lack of urgency in taking the game to an Arsenal side who have struggled for much of the campaign, with Solskjaer’s side now three points behind Manchester City having played a game more.

“They’ve come to Arsenal, who aren’t a great team, and they haven’t won the big game. There is no desperation to win it either. I don’t see them throwing bodies forward.

“Arsenal weren’t a threat going forward, no [Bukayo] Saka, no [Pierre-Emerick] Aubameyang. United don’t do enough to win these big games, they don’t throw enough bodies forward and they don’t have a desperation to win them and to go on to win the league.”