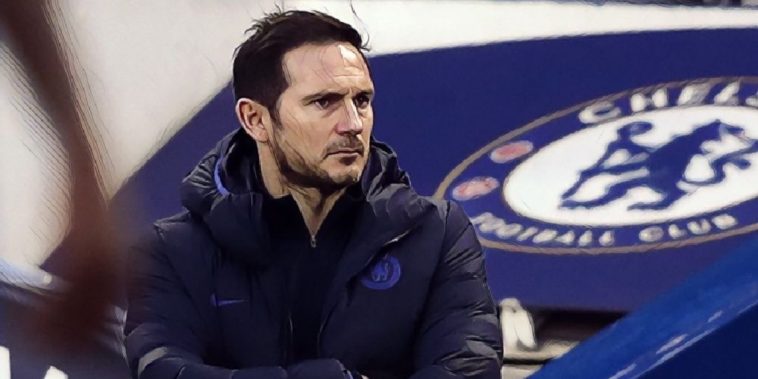 The funniest tweets from the world of football this week, featuring the reaction to Frank Lampard’s sacking, Zlatan Ibrahimovic opening his big mouth when he should shut up, and Simpsons characters as Premier League managers.

Frank Lampard lost his dream job on Monday and as you can imagine the outpouring of sympathy was massive.

"If anything I think the boys are relieved because they know they were due a double session this week 😂 but no, listen, this is the worst day of my professional life" pic.twitter.com/3RbmAmO8uk

Okay, maybe not, but at least he created a little slice of history as a former Chelsea manager.

Lampard the only permanent Chelsea manager since 2004 to get the Club Statement hat-trick, which I think is a #classytouch pic.twitter.com/q7Ol3L52HN

Maybe Zlatan should probably be less concerned with building up his cult image and just get on with scoring goals, huh?

These Simpsons doppelgangers are spot on.

[A thread] of Simpsons characters as Football managers. pic.twitter.com/CSkVfaNo5m

This is more funny than it should be.

I’m sure every Man United fan shares this same pain at seeing Jesse Lingard leave the club. Dry your eyes, lads; he’ll be back in six months.

The transformation this season has been something else.

When you get called out on your BS:

Well that’s a lie. Why would I argue with my manager? 😂 he was telling me to calm down https://t.co/bx9uMz31aB

Tomas Soucek is a potato salad-loving legend of a man.

The most beautiful feeling in football is when you realize you have helped your team. But this time I want to dedicate the win and my two goals to my wife. It's really tough time for her as she can't see anyone from the family. Thank you for taking care of me and our daughter! ♥️ pic.twitter.com/ZupZZhzoK3

Will always be my guy 💙 Captain & Friend, this is what we spoke about in October & it’s never stopped…I believe in myself but when my teammates do as well it always gives you a different drive #ThankYouCapo pic.twitter.com/HReGF0AW9p

Read: Why are the media so reluctant to call out Jurgen Klopp’s deplorable traits?

See Also: The five biggest payouts Chelsea have made to former managers