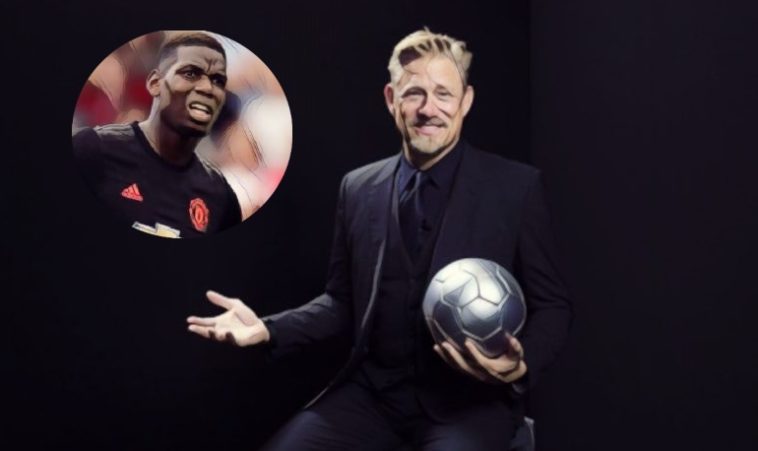 Peter Schmeichel has labelled Paul Pogba as a ‘problem child’ and hammered the midfielder’s performance in Manchester United’s 1-1 draw with Arsenal.

Pogba returned from injury but failed to impress in a disappointing performance at Old Trafford, as Arsenal‘s Pierre Emerick-Aubameyang cancelled out Scott McTominay’s opener to secure a point for Unai Emery’s visitors.

Former Man United goalkeeper Schmeichel was critical of Pogba’s display in a clash he described as a ‘weird performance’, believing the 26-year-old slows the tempo of the club’s play and accusing the World Cup winner of ‘hiding’ in the first half.

“It was a really weird performance. Sitting in the stands looking at the team and the shape it was difficult to understand what was going on, what the plan for the game was,” Schmeichel told Stadium Astro.

“It was very clear what Arsenal was doing. In every game before today they played the ball out from the back, [today] they didn’t. Every goal kick was kicked up, putting pressure up to the Manchester United half.

“But when Manchester United had the ball it was difficult to see what the plan was.

“That is something I think they need to work on. If Pogba is playing in this team he needs to speed it up a bit.

“He was seriously slowing it down, in the first 25 minutes just basically playing the ball backwards. For a player of his calibre that was disappointing. I don’t understand what his role in this team is.

“Even when Ole made the substitutions and put Pogba further forward, not a lot happened. There were two very good passes in the game from Pogba but it’s two, it’s not 15.

“And I see that as a problem. He takes up so much attention. It kind of feels like he’s a problem child in this team.

There's certainly been plenty of defining moments between @ManUtd and @Arsenalhttps://t.co/9rlUBMAMWv pic.twitter.com/1iPb1Tcl4B

“When you have someone who takes up so much attention, we need to understand what is his role, what is he going to do for this Manchester United team?

“Of course when he gets moved further forward his defensive responsibilities are a bit less, then he gets the ball a bit more. He’s not playing in the same way he did last season for sure.

“It’s just all this slowing up, I think they need to find out what his role is, how Manchester United should play with him in the team. Then it should be communicated so that everyone [understands], 75,000 [fans] here are not too happy about him, to be fair.

“You kind of hear that around, people don’t like Pogba that much because he doesn’t do much for the team. But we’ve seen the world-class quality, how do we get him to perform that in this Manchester United team?

“I’m not saying he’s doing everything wrong, I’m more confused as to what his job is.

“He’s a world-class player, you expect someone like him to take charge of the game, to direct the young players, there were seven academy players today, to be the guy they can look towards and find guidance when its difficult.

“But it’s kind of the other way around which is so weird. With his statistics, sometimes you have the goalkeeper from the bottom team having the best statistics because he makes the most saves, you can’t really put much into those kind of statistics.

“It’s more for me what the eyes are seeing and there’s a big difference watching Manchester United on TV and actually sat in the stand and watching what’s going on. For me it’s not great to have that kind of player in the team in this period of time.”