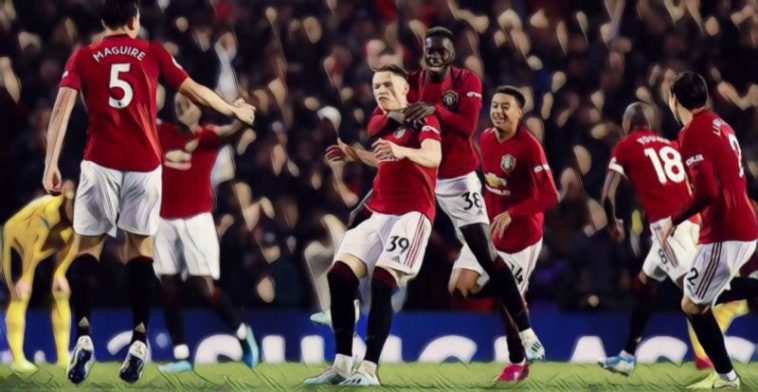 Manchester United boss Ole Gunnar Solskjaer insists he is ‘building something’ at Old Trafford after his side drew 1-1 with Arsenal tonight.

While it is pretty clear to everyone that both these sides haven fallen massively from the days when they dominated the Premier League, the first 44 minutes of the game was so woefully short of anything resembling quality that it was almost sad to see.

However, the game would finally spring to life on the stroke of half-time when a Manchester United counter attack ended with a fine Scott McTominay strike from the edge of the area nestling in the roof of Bernd Leno’s net.

Both sides emerged for the second half showing a lot more intent and Arsenal would draw level via a classy finish from talisman Pierre-Emerick Aubameyang, after a mistake from young United defender Axel Tuanzebe.

Tonight’s result means United have won just two of their last 12 Premier League games, although Solskjaer insisted his young side are still learning and praised their effort.

“We go 1-0 up and then we don’t get the second goal that we want to get. That’s the learning now for this time. Be more cynical, clinical,” Solskjaer told Sky Sports.

Goals in their last 17 games in all competitions

”There are so many games we have been 1-0 up. We will learn. It’s a bad goal to give away but sometimes you make those passes, you play out and it looks good. We learn from it.

“We are at the start of building something. It’s just a bit disappointing that we can’t get that second goal.

“Seven now in seven games [for Aubameyang] so that’s clinical. You think at the time maybe Harry [Maguire] managed to get out but it was a few yards onside and a good finish.

“Sometimes you hear a noise and you try your luck, don’t you? [On a possible handball…] You’d rather blow the whistle and check it after if you’re not sure. I was and quite a few Man Utd fans were sure.

“Effort is never a problem with these boys. They are working hard in training to improve. They were a bit passive at the start. We could have taken more risks going forward.”