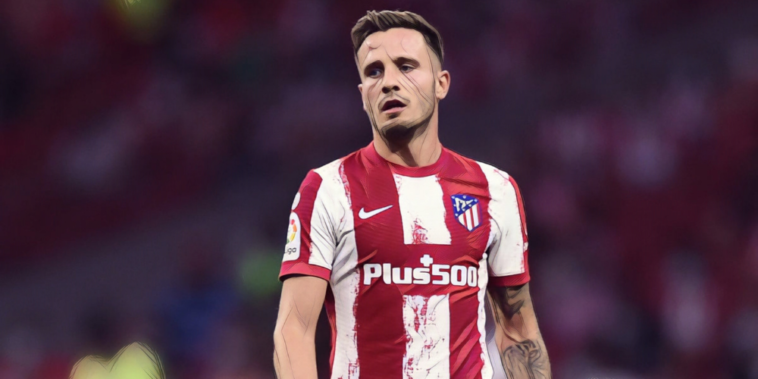 Saul Niguez’s departure from Atletico Madrid has been described as ‘imminent’ with Manchester United and Chelsea set to battle for the signing of the midfielder.

Saul has expressed a desire to leave the Spanish champions this summer after becoming frustrated with his role under Diego Simeone, with the 26-year-old linked with a whole host of Premier League clubs.

AS are reporting that both Manchester United and Chelsea are set to launch late moves to sign the Spain international before the transfer window’s closure, the deals potentially involving a loan agreement with an option or obligation to buy.

The Premier League duo would have to pay a ‘substantial’ financial sum and cover the player’s wages, as the two teams seek midfield reinforcements in the closing stages of the summer window.

Saul’s versatility in being capable of playing multiple roles and positions makes him an attractive option for both Chelsea and United, whilst Liverpool and Barcelona were previously linked with the Spaniard – the latter failing to agree a swap-deal involving Antoine Griezmann.

The report says that United have long held the ‘most interest’ in his services, but claim that Chelsea have ‘taken the lead’ in negotiations for the player in recent hours.

Atletico strengthened their midfield with the signing of Rodrigo De Paul earlier in the summer, and have agreed a deal to sign Matheus Cunha, though could enter the market for more defensive reinforcements should Saul be sold to England in the coming days.