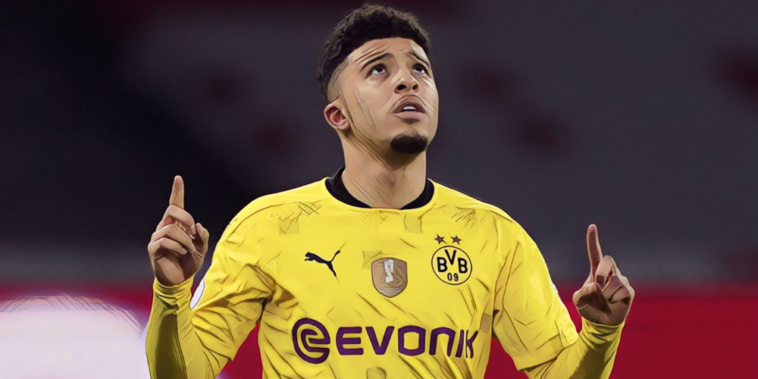 United have returned for Sancho after seeing talks over a deal fail to materialise in his signing last summer, with the Red Devils having submitted a second and improved bid of around €85m (£72.6m) after seeing an opening offer turned down earlier this month.

The second bid is still around €10m short of the Bundesliga side’s valuation of the England international and is expected to be rejected, but the BBC are reporting that it is ‘virtually certain’ that an agreement will be reached for Sancho to head to Old Trafford.

Sancho is currently with the England squad at Euro 2020, but has been restricted to just one brief substitute appearance as the Three Lions have qualified for the knockout stages as group winners.

Gareth Southgate’s side next face Germany in the last 16 at Wembley on Tuesday evening.

United have made the signing of Sancho their number one priority with the 21-year-old having flourished since moving to Dortmund from Manchester City four years ago, developing into one of the most productive wide players in Europe and being directly involved in 109 goals across just 137 appearances.

Sancho will add to the Red Devils’ attacking options and solve the club’s problem position on the right wing, with Ole Gunnar Solskjaer also reportedly in making additions at centre-back and right-back.

Former club Manchester City will also receive a windfall from any deal, having inserted a 15% sell-on clause in the deal that took Sancho from the Etihad to Dortmund.