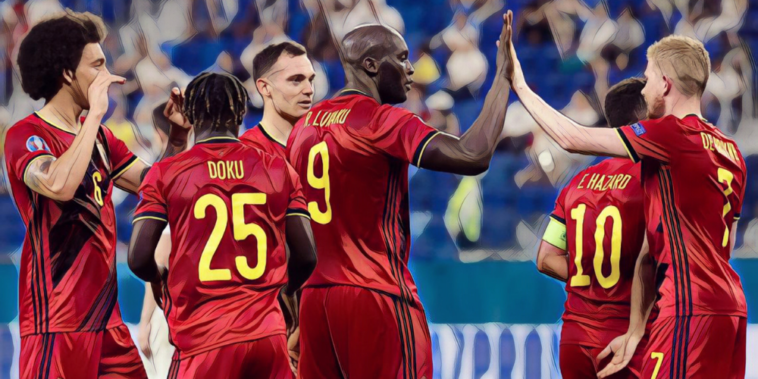 Euro 2020’s group stage campaign is almost complete with the last-16 fixtures beginning to take shape, a number of teams heading into the knockout rounds in confident mood after flawless campaigns to date.

Netherlands, Italy and Belgium are all through to the next stage having enjoyed a 100% record in their respective groups, a feat achieved by just nine countries in European Championship history.

Here are the nine countries to enjoy a perfect record in the group stage at the Euros.

France were the first team in history to enjoy a 100% group stage record, their 1984 charge towards the trophy on home soil inspired by the Gallic genius of Michel Platini.

Platini scored the game’s only goal as Denmark were edged 1-0 in Les Bleus‘ opening fixture, before incredibly scoring consecutive hat-tricks in wins over Belgium (5-0) and Yugoslavia (3-2).

Platini’s performances failed to slow during the knockout rounds as he scored in both the semi-final and final to take his haul to a record-breaking nine goals in just five appearances, with France securing a first ever major trophy after defeating Spain in the showpiece.

The three-time Ballon d’Or winner trails only Cristiano Ronaldo as the highest scoring player in Euros history, despite featuring in just one prolific tournament.

Portugal’s ‘Golden Generation’ made light work of their Euro 2000 group, despite being pitted in the tournament’s ‘Group of Death’ alongside England, Germany and Romania.

Humberto Coelho’s side overturned an early two-goal deficit to beat England 3-2 in their opening fixture, before a 94th-minute Costinha goal secured a 1-0 win over Romania and two wins from two.

Germany were thrashed 3-0 in a statement performance to ensure qualification in flawless fashion, though Portugal’s run was ended by eventual winners France in the semi-finals, Zinedine Zidane’s 118th-minute Golden Goal from the penalty spot the difference between the sides.

Euro 2004 saw the Czech Republic emerge as the most exciting team in the tournament, blitzing their group stage campaign with three consecutive wins.

Milan Baros fired the Czech’s charge and scored in all three group stage games, as Latvia, the Netherlands and Germany were all beaten to see Karel Bruckner’s side progress to the knockout stages.

The Czech Republic thrashed Denmark 3-0 in the quarter-finals to emerge as tournament favourites, though saw their run ended in the last four as shock winners Greece nullified their free-scoring side to secure a 1-0 Silver Goal win in extra-time.

The Croats edged Austria 1-0 courtesy of a Luka Modric penalty in their opener, before upsetting the Germans and beating Poland to progress as group winners in style.

Their run ended following a dramatic quarter-final tie against Turkey however, Ivan Klasnic’s 119th-minute goal seemingly sending Croatia through, only for Semih Şentürk to net an incredible equaliser in the dying seconds of extra-time.

A shell-shocked Croatia missed three of their four penalties in the shoot-out, as Turkey marched on to the semi-finals.

Spain also won three group games at Euro 2008, though suffered a far different outcome to Croatia after ending decades of underachievement to win the tournament.

Spain sent out an ominous warning with a 4-1 thrashing of Russia in their opening fixture, with David Villa – who finished as the leading scorer in the competition – netting a hat-trick.

Late goals sealed further wins over Sweden and holders Greece, before La Roja edged Italy on penalties and thrashed Russia in a semi-final rematch to make a first major final since 1984.

Fernando Torres scored the game’s only goal against Germany, ending a 44-year wait for major tournament success and sparking an era of unprecedented international dominance.

Three-time winners Germany are perennial contenders for major tournaments, but have surprisingly achieved a flawless group stage campaign on just one occasion in Euros history.

Germany’s perfect record came during Euro 2012, as an emerging team beat Portugal, the Netherlands and Denmark to emerge from a challenging group with nine points from nine.

Joachim Low’s side reached the semi-finals before defeat to Italy, though bounced back to secure World Cup success in Brazil in 2014.

One of three teams to have progressed from the Euro 2020 group stages with three successive wins, Belgium headed into this summer’s tournament as the number-one ranked nation in world football according to FIFA.

Belgium’s ‘Golden Generation’ have since underlined their status as one of the tournament favourites, defeating Russia in comprehensive fashion in their opening fixture, before a Kevin De Bruyne-inspired comeback win against Denmark.

An own goal from goalkeeper Lukáš Hrádecký and a Romelu Lukuku effort then secured a 2-0 win over tournament debutants Finland, and few will fancy facing Roberto Martinez’s side in the knockout stages.

Italy have twice completed perfect group stage campaigns, the first coming at Euro 2000 as a talented Azzurri side defeated Turkey, co-hosts Belgium and Sweden to reach the knockout rounds.

Dino Zoff’s side progressed all the way to the final and were just seconds from winning the trophy, though Sylvain Wiltord’s stoppage-time equaliser and David Trezeguet’s Golden Goal in extra-time saw France come from behind to be crowned champions.

Two decades later and a resurgent Italy have been arguably the star attraction of Euro 2020 to date, Roberto Mancini’s team currently 30 games unbeaten in all competitions and impressing with their captivating brand of football.

Italy had never previously scored three times at a European Championship fixture, but secured back-to-back 3-0 wins over Turkey and Switzerland, before a rotated side edged Wales to progress with a 100% record.

The Netherlands’ class of 2020 has seen the Oranje become the first team in history to enjoy three 100% group stage campaigns at the Euros, having also achieved the feat in 2000 and 2008.

The first of those saw the Dutch co-host the tournament and emerge as favourites for the trophy, beating 1996 finalists Czech Republic, Denmark and world champions France to progress in flawless fashion.

Frank Rijkaard’s side thrashed Yugoslavia 6-1 in the last eight to set-up a semi-final showdown with Italy, a match that remains etched into Dutch folklore after the home nation missed two penalties in normal time and a further three in the shoot-out to crash out after a goalless draw.

Eight years later and the Netherlands again looked strong contenders for success, making a mockery of the tournament’s Group of Death by comfortably beating Italy (3-0), France (4-1) and Romania (2-0), though saw their run ended in sudden fashion by Russia in the last eight.

The current side have made their major tournament return after missing Euro 2016 and the 2018 World Cup, progressing as group winners after wins over Ukraine, Austria and North Macedonia.