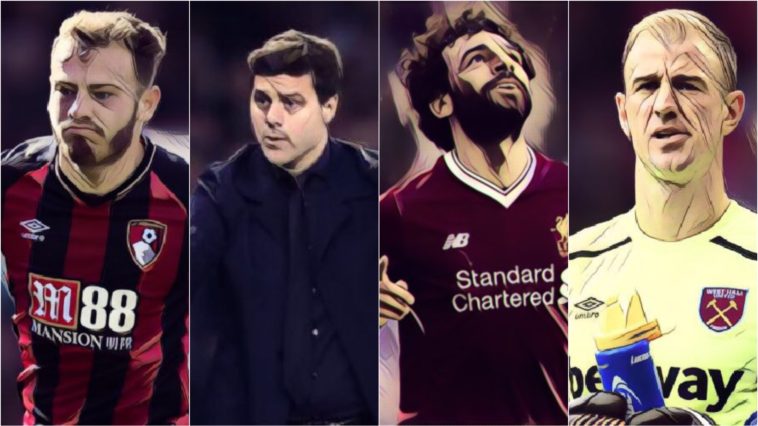 With the Premier League season now at an end, it is time for us to reward the best (and worst) of the 2018/19 season.

There have been some sensational performances, outstanding goals and massive howlers throughout this campaign. But who was the best footballer? Which manager did the best job? And what was the worst signing any of the 20 teams made? This, and more, in our annual awards:

Player of the Year – Mo Salah

Yes, Virgil van Dijk was a colossus in the Liverpool defence. Yes, Raheem Sterling was excellent in so many aspects of Man City’s play. But nobody won more points for their team than the Egyptian. No one even came close to Mo Salah.

On account of Aguero's goal, went looking for who in this title race has scored the most decisive goals – ie, final equalisers, or goals to finally put your team ahead.

Er… maybe Salah should be player of the year again pic.twitter.com/6j96IffRUh

It’s a shame Bournemouth’s form has been so dramatically topsy turvy this season, because when they are in the mood they are great to watch. Ryan Fraser is at the centre of everything good the Cherries do going forward, providing 11 assists and seven goals. No one comes close to his 14.8 Expected Assists (xA), while his 87 attempted assists are bettered only by Leicester City’s James Maddison.

Pep Guardiola and Jurgen Klopp have overseen tremendous campaigns for their respective clubs, but no manager in the league has had to deal with on-field adversity quite as much as Mauricio Pochettino. Spurs have not made a transfer in the past two windows, making his squad thin and thus leading to frequent injuries for his overplayed squad. And yet, Tottenham have a fourth consecutive top four finish, a League Cup semi-final, and the club’s first ever appearance in the Champions League final. Who says you need trophies to have success?

Do not let Watford’s late season form fool you. Javi Gracia has done a great job with the Hornets since arriving midway through the 2017/18 season, turning them into consistent performers that never looked like being in danger of being sucked into a relegation fight.

They may have dropped down to 11th in the table thanks to three consecutive defeats in the run-in, but they looked like the seventh or eighth best team in the country for much of the year. With an FA Cup final to come, this will go down as the club’s best campaign in the Premier League, and it happened under the stewardship of Gracia.

Goal of the Year – Aaron Ramsey vs Fulham

In terms of individual skill, Eden Hazard’s goal against West Ham was the best this season. In terms of long-range belters, Andros Townsend versus Man City deserves it. And in terms of delivering in a big moment, Vincent Kompany’s drive against Leicester City deserves it.

But I for one think team goals are seriously underrated when it comes to this category, often eschewed for the more spectacular once-off piece of quality that could be replicated in any division (Hazard’s wonderful goal excepted, of course).

That’s why Aaron Ramsey takes it for me. From one end of the pitch to the other, featuring some sumptuous passing and delicate flicks, and all started by the Welsh man himself, it was a pleasure to watch. Unless, like me, you’re a Fulham fan. The little backheel at the end is the cherry on top, but the whole move also perfectly encapsulates why Arsenal will miss him. No one else in that team can drive them ahead in attack quite like he does.

Fulham got a lot of things wrong this season, including but not limited to their recruitment, their ticket pricing, and the hiring of Claudio Ranieri.

In November the former Leicester City and Chelsea manager took over from Slavisa Jokanovic, who had overseen a wretched start to the campaign. The Italian only made it worse and the Cottagers have been duly relegated.

The precise howler in question though, is in relation to the statement Fulham made when announcing his hiring. Owner Shahid Khan said that “Claudio is risk-free and ready-made for the Premier League.” Risk-free. More than a few palms have met faces since those words were uttered.

While Alisson was very clearly an important signing for Liverpool and one that has greatly improved them from last season to this, I don’t think enough people are paying attention to the impact Fabinho has had on the team. The Brazilian has added a new dimension to the Reds’ midfield, which was made up of James Milner, Jordan Henderson and Alex Oxlade-Chamberlain. Not a bad midfield by any stretch, but not a title-contending one either.

Then Fabinho comes along with his ability to shield the defence, ensuring that the likes of van Dijk, Joel Matip and Alisson are under less pressure, while being able to progress the ball up the field to help the attack. He also commendably filled in at centre-back on several occasions, illustrating his versatility.

I’ve seen several people pick Andre-Frank Zambo Anguissa as this season’s worst transfer, and I can see their reasoning. For much of the season he was quite bad and came nowhere near justifying the £30m transfer fee Fulham paid Olympique Marseille for him. But he has been played often as a holding midfielder when he is more of a box-to-box player, and his performances have improved under Scott Parker when played as such.

There is nothing redeemable about Joe Hart’s season, however. Arriving at Burnley from Man City for £3.5m last summer, He came into a side that already had two England internationals in Nick Pope and Tom Heaton, making his signing one of the more pointless in recent memory.

Hart went on to concede 41 goals in 19 games. In other words, he let in more in half a season than Burnley had in an entire campaign in 2017/18. And did so while playing for a side that is defensively set up to ensure the goalkeeper only faces easy shots. He really was that bad.

Every now and again it’s good to hear a new voice on the punditry circuit, and we got that this year with Alex Scott. The former Arsenal player retired in 2018 and went straight into media work with the BBC and Sky Sports, transitioning seamlessly into a new career.

Very few get so good at it as quickly as she has done, and she has done so amidst regular online abuse from misogynistic trolls. We look forward to hearing more of her analysis during this summer’s Women’s World Cup and into the 2019/20 season.

Stat of the Year

Look away now, Liverpool fans… In the past decade the team on top of the Premier League table on Christmas Day has gone on to win the title in May, except on three occasions. Those happened in 2008/09, 2013/14 and 2018/19. The common denominator in each of those? Liverpool were the eventual losers each time. Sickener.