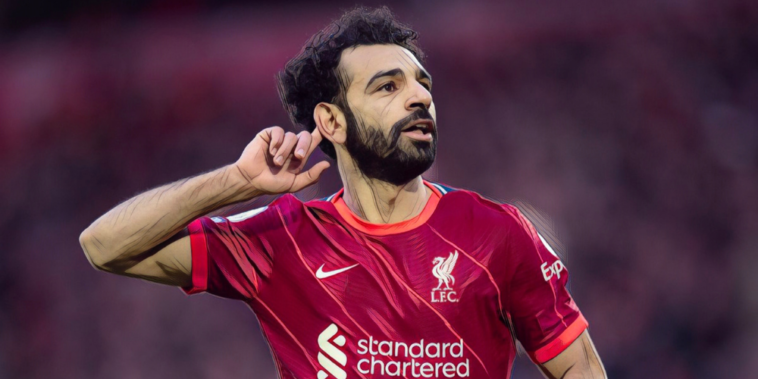 Mohamed Salah has opened up on his Liverpool future and says his contract standoff with the club isn’t all ‘about the money’.

Salah will enter the final 12 months of his contract this summer and is yet to agree terms on an extension at Liverpool, despite public desire from both club and player to get a deal done.

The 29-year-old insisted earlier this year that he was not asking for ‘crazy stuff’ during negotiations with the Reds, whilst Jurgen Klopp has said he remains relaxed about Salah’s situation.

Salah has been in excellent form for Liverpool this season and is the favourite to win the PFA Player of the Year award, with the forward currently leading the Premier League for both goals and assists.

The Egyptian international has now discussed the ongoing negotiations with Liverpool and again reiterated his desire to remain at Anfield.

“I don’t know, I have one year left,” Salah told FourFourTwo when asked if he would remain at Liverpool beyond 2023.

“This club means a lot to me – I’ve enjoyed my football here more than anywhere, I gave the club everything and everybody saw that. I’ve had a lot of unbelievable moments here, winning trophies, individual goals, individual trophies. It’s like a family here.

“I’m not worried, I don’t let myself worry about something. The season didn’t finish yet, so let’s finish it in the best possible way – that’s the most important thing. Then in the last year, we’re going to see what’s going to happen.”

Salah said he expects to be at Liverpool next season despite the stalling contract talks, before joking he would have to move on if the Reds decide to sell the forward.

“Yeah. Er, I think so,” he added. “But if they want me to go, that’s something different!”