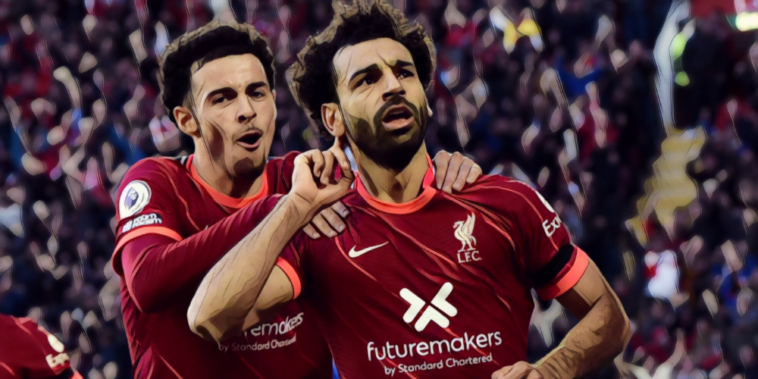 Mohamed Salah insists he is not asking for ‘crazy stuff’ as the forward opens up on contract negotiations with Liverpool.

Salah is yet to sign a new deal with Liverpool despite the club being keen to tie the Egypt international to an extension, with his current contract set to expire in 2023.

Liverpool have successfully secured new contracts for a wealth of players in recent months but have so far been unable to reach an agreement with Salah despite the 29-year-old’s public desire to remain at Anfield.

Salah has again reiterated his desire to commit to the club and has placed his future in the hands of the Reds’ hierarchy, insisting his contract demands are not ‘crazy stuff’.

“I want to stay, but it’s not in my hands. It’s in their hands,” Salah said in an interview with GQ. “They know what I want. I’m not asking for crazy stuff.”

“The thing is, when you ask for something, and they show you they can give you something [they should] because they appreciate what you did for the club.

“I’ve been here for my fifth year now. I know the club very well. I love the fans. The fans love me. But with the administration, they have [been] told the situation. It’s in their hands.”

Salah is seeking an improved deal to reflect his contribution to the club in recent campaigns, having provided 204 goal involvements in just 229 appearances, in addition to winning both the Premier League and Champions League.

Any deal is expected to move Salah closer to the Premier League’s highest-earning players, with reports suggesting a possible deal in the region of £300,000-a-week.

Negotiations are set to continue in the coming weeks as Liverpool look to reach an agreement with the Premier League’s leading scorer so far this season.

Read Also – FA Cup third round -Team of the Week