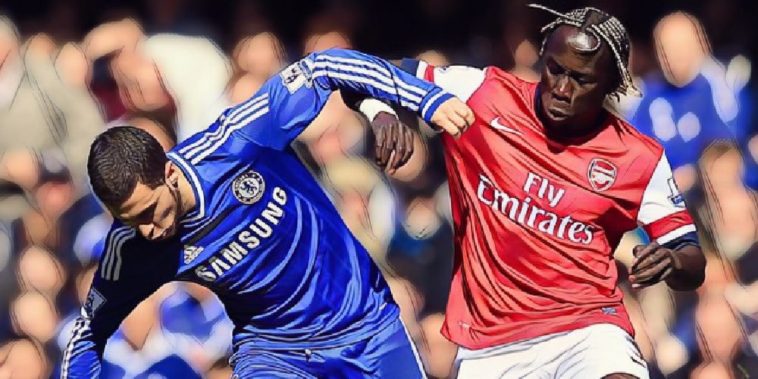 Bacary Sagna has opened up on Arsenal’s struggles against Chelsea, seemingly admitting that the Gunners had an inferiority complex when facing their London rivals.

Sagna spent seven seasons at the Emirates before leaving to join Manchester City, a period in which the north London side struggled for results against cross-city rivals Chelsea, the Gunners winning just four of their 14 Premier League clashes during the Frenchman’s time at the club.

The full-back has now opened up on his former side’s difficulties when facing the Stamford Bridge outfit, and frankly admitted that Arsenal were often overawed when facing a Blues side regularly competing for the game’s biggest prizes.

“We just played game by game and we were winning a lot but obviously and eventually when we had to perform in certain games, we were failing,” Sagna told Arsenal’s ‘In Lockdown’ podcast. “Maybe it was because we put too much pressure on ourselves.

“I believe we under-evaluated ourselves. Playing for Chelsea image-wise was something different. They used their image a lot, they used to have some big players in the national team and we used to talk about them more than they talked about us.

“Maybe in our heads, they were bigger players than us. On the pitch, we had as much quality as they had whenever we played, and when we played the Arsenal way nobody could beat us.

“I believed nobody could beat us. We used to play simple passes, one, two-touches maximum. But I believe we under-evaluated ourselves which is a big mistake in life.”

Chelsea, Arsenal and Spurs ‘offered the chance’ to sign Coutinho