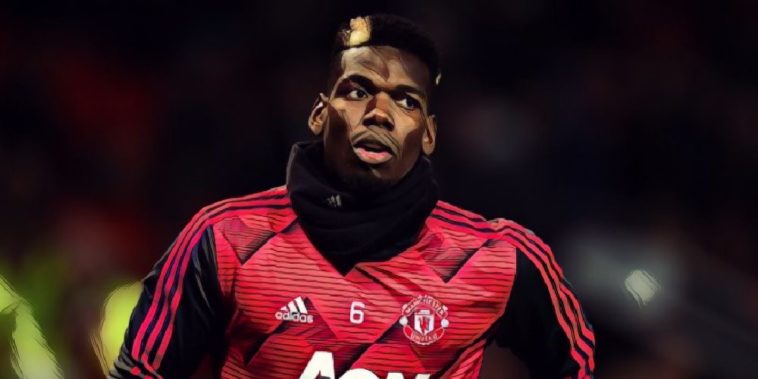 Teddy Sheringham has questioned the ‘mentality and desire’ of Paul Pogba and believes the Manchester United midfielder ‘gives off the wrong vibe’.

The France international has been a regular target for criticism from sections of the footballing media in recent times, with the 27-year-old having often failed to reach the standards expected following his world-record move from Juventus four years ago.

Pogba has made just eight appearances in all competitions this season following persistent ankle injuries, consistently being linked with the likes Real Madrid and former side Juventus.

Sheringham believes an exit for Pogba this summer may be the best solution for all parties, urging his former side to replace the Frenchman with a player possessing the ‘right mentality’ to be a success at Old Trafford.

“People mention top players and captains,” Sheringham told Sky Sports. “When things weren’t going right in our time, Roy Keane put things right. He would drive our team on, he would dig deep and make sure we had a say in every game we played in because of his desire.

“When you look at Pogba, yes, he may be a talented boy, but does he have the same mentality? Does he really dig deep and get Manchester United out of the mire when the going gets tough? For me, the answer is no.

“He gives off the wrong vibe as a Manchester United player. Yes, it’s good to be cocky and arrogant at the right times, Dwight Yorke had that as well, a big smile on his face when he played. But Yorke had a desire to do the right things at the right times. You’ve got to have that, and I don’t think Paul Pogba gives you that.

“He would be one that would need to go so that you can get someone in with the right mentality and desire to drive Manchester United out of the position they are in.”