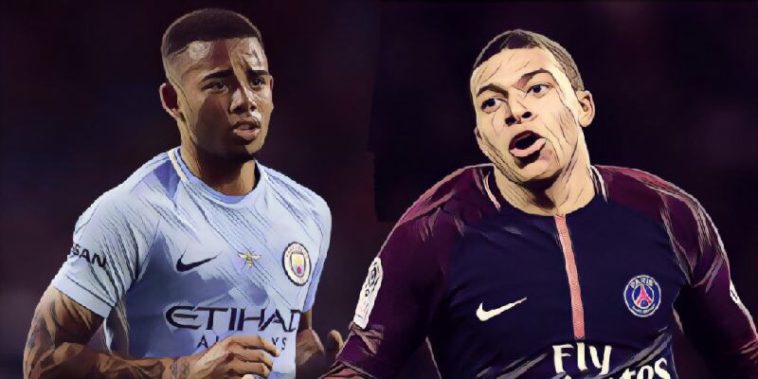 Ryan Giggs has slammed Manchester United for missing out on the signings of Gabriel Jesus and Kylian Mbappe during his time as assistant manager.

Giggs took his first steps into football management during David Moyes’ ill fated reign in 2013 becoming a player coach, before taking over as caretaker manager for the final four games of the campaign following the Scot’s sacking.

The following season, he became the club’s assistant manager under Louis van Gaal but often cut an unhappy figure on the Old Trafford bench with LVG known to be a believer of the ‘my way or the highway’ style of management.

Now, in an interview with The Times, Giggs has revealed he advised the club, and Louis van Gaal to sign Gabriel Jesus and Kylian Mbappe, several years before they rose to global prominence.

“I watched Gabriel Jesus play three years ago. I watch Mbappe for a year.

“I was watching them with the scout and it was a no-brained. It was just like, ‘Get them’.

Jesus ended up moving to Manchester rivals, Man City for £27m, while Mbappe will make his loan move to PSG permanent next summer for a staggering £168m!

“I know what a Manchester United player looks like.

“There have been a lot who have come through that haven’t been United players and also players who were United and shouldn’t have left.

“I’m talking about Rafael, Welbeck, Jonny Evans – players who are United through and through.

“It was hard because Louis had his own ideas and you had to respect that but, yes, we had a few arguements about a few of them”

Manchester United have in fact been linked with a move to re-sign Jonny Evans from West Brom, with Alan Pardew admitted that he is likely to leave in January.