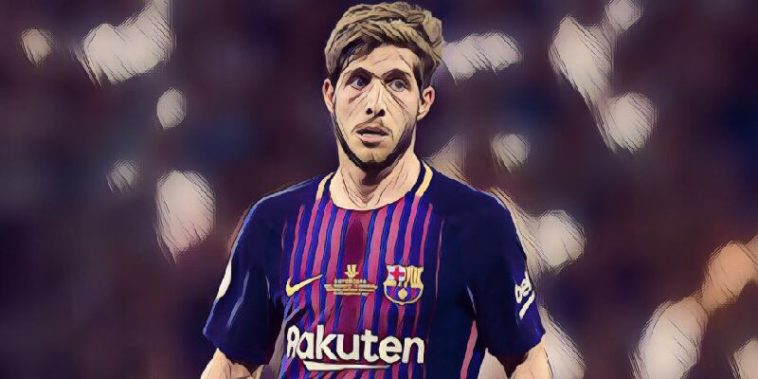 Chelsea are ready to trigger the €40m release clause of Barcelona midfielder Sergi Roberto according to reports in Spain.

Roberto has been utilised as both a right back and a defensive midfielder, but has been restricted to just 10 starts in La Liga this season and is not first choice on the team sheet.

He is currently in negotiations with the Spanish league leaders regarding a new deal at the Nou Camp, although it is claimed that are disagreements between the two parties.

Barcelona are keen to avoid a situation like they did last summer when they found themselves powerless to prevent Neymar moving to Paris Saint-Germain. It is thought they want to raise Roberto’s release clause up to a staggering €400m, while the player wants a much lower figure, creating a situation which Chelsea are ready to take advantage.

Roberto’s current release clause stands at €40m and according to the reports in Spain, Chelsea are prepared to pay it.

Chelsea are known to be interested in signing in signing another midfielder after Tiemoue Bakayoko has enjoyed a less than impressive start at Stamford Bridge. They were also linked with a number of full backs in the summer as a back up to Victor Moses, so Roberto’s versatility would be something that greatly satisfies their needs.