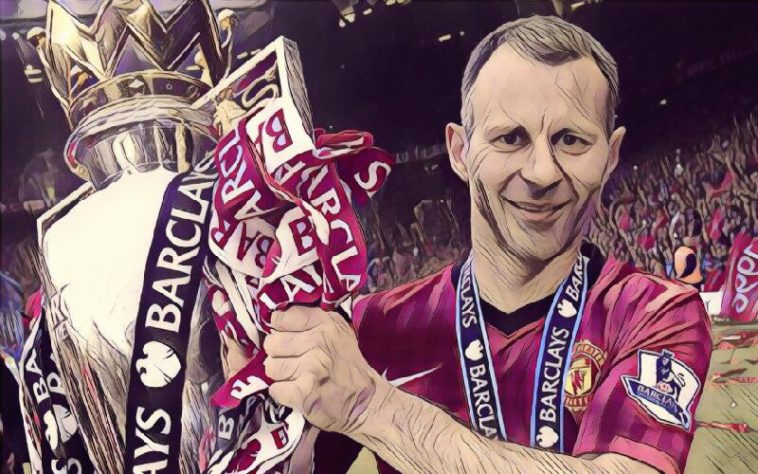 Some players are legends for their clubs, not many are legends of their leagues and even fewer still reach the level where they embody some of the greatest achievements and football moments of their nations club football history.

Spain has Xavi and Iniesta, in Germany there are players like Lahm and Muller but even they haven’t had anything like the impact that Ryan Giggs had on both Manchester United and English football.

Born in Wales, Giggs moved to Manchester when he was just six years old when his father, a Rugby League player, signed for Swinton RLFC in 1980. Giggs’ talent was clear from an early age and his first major club was Manchester City whose School of Excellence he attended.

He was also playing for his local side Deans FC at this time and it was while playing for Deans that he spotted by an Old Trafford Steward named Harold Wood. Wood spoke to Manchester United’s manager Alex Ferguson and when a scout confirmed his ability the young winger was invited for a trial at United’s training ground, The Cliff.

In a game against United’s u15’s Giggs tore apart his soon to be team-mates, scoring a hat-trick as Ferguson watched from his office window. It was more than enough to convince the manager that he had what it took and he personally went to Giggs’ home and convinced him and his family that he should sign for United, offering him the chance to turn professional in just two years.

He was offered a professional contract on his 17th birthday and made his first team debut on the 2nd March 1991 against Everton when he came on as a substitute for full-back Denis Irwin. His first start came in May against local rivals Manchester City. The game finished 1-0 to United with Ryan Giggs scoring the only goal of the game.

While he was obviously making waves with the first team he spent much of that time with United’s Youth Side. He captained what would become known as “The Class of ’92” to an FA Youth Cup that year, helped United finish second in the league and assisted the winner in the League Cup Final, setting in motion a run of success and dominance unseen in modern English football.

The Premier League was just getting started and Ryan Giggs was it’s poster boy. Quick, athletic, skilful deadly in front of goal he was the first Pop-Star footballer with his posters appearing on as many girls’ walls as boys. There were the obvious comparison to George Best but even Best once joked, “One day they might even say that I was another Ryan Giggs.”

The thing about Ryan Giggs is that he was actually much more that Best. Sure Best had the good lines, and all the skill in the world, but when we look back at their careers, Best can’t hold a can’t hold a candle to Giggs.

Best was a moment in time, a flash of brilliance, a match being lit but extinguishing almost as fast. Giggs was like the Olympic flame, burning brightly for what seemed like forever and drawing millions to watch him year after year.

We could sit and go through every single trophy and medal that he ever won but honestly, if we had to run through every triumph and contribution he made we would need a couple of books to do it justice. He IS the most successful football of all time. The Premier League was his, 13 times, he has 4 FA Cups, 2 Champions League’s, 3 League Cups and every other Cup that FIFA, UEFA or the FA could dream up during his time as a player and he was never a passenger. He was always integral to United’s success.

Sure there were players who could pull and drag and scream and fight to help the Reds on their way to glory but Giggs was, in his early days the sword that made the kill and later the brains that directed the point to make it’s deadly blow.

So many of the great moments of English football in the 90’s and 00’s came from Gigg’s magic feet. Slaloming through defences, turning players one and then the other, a sight which coined the phrase about giving defenders “twisted blood”.

We all remember the interception against Arsenal, the speedy, greyhound like run at the Gunners’ defence the ball slamming into the roof of the net and most iconically of all , the hairy chested, jersey twirling, manic-running celebration.

He scored goals (114), he made goals (271 in the Premier League alone), but most of all he changed football. He played at the top level for 24 years making over 1000 appearances for his club, playing in each if the first 22 years of the Premier `League and scoring in 21 of them. He showed players how to prolong their career, how to take care of their bodies and adapt to the effects of ageing by moving around the pitch and making himself valuable wherever he played, he is the oldest player to have scored in the Champions League.

Ryan Giggs is of course a Manchester United legend, there will be statues of him outside Old Trafford soon, but more than that, he is quite simply a legend of the game.