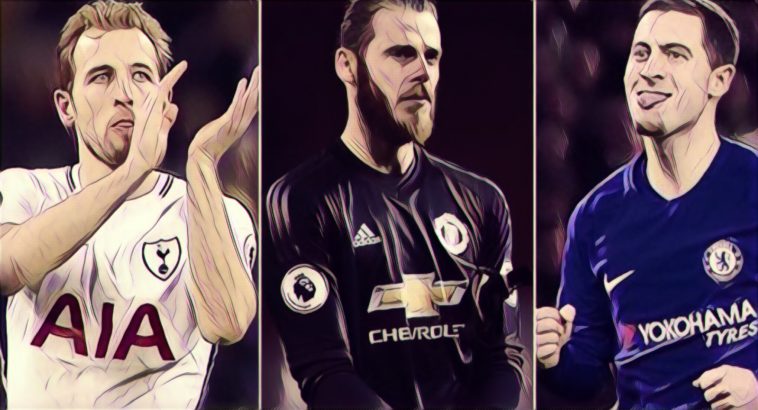 Real Madrid are set to go on a sensational spending spree this summer and are prepared to spent £500 million on three of the Premier League’s best players.

Real are struggling badly in La Liga this season and currently sit 19 points behind league leaders Barcelona. Their coach Zinedine Zidane’s position is also coming into question due to their poor form and Spurs manager Mauricio Pochettino is being heavily linked with taking over the hot seat at the Bernabeu.

Hazard has been in superb form for Chelsea this season, and he has still not signed a new contract at Stamford Bridge which many believe may be due to the fact he is waiting for Real to firm up their interest in him.

De Gea has established himself as arguably the best goalkeeper in the world in recent seasons. The 27-year-old has been on Madrid’s radar for many years and came close to joining the club in 2015, only for his move to comically collapse due to a faulty fax machine. United have offered him a lucrative new contract, although the player may well decide that he wants to move home to his native city.

Kane has been in record-breaking form for Spurs this season, but Real view this as the most difficult of all the deals to complete, as they are aware that he has a strong connection with his boyhood club and may well want to stay with the North London side when they move into their new stadium next year.

There was a time not so long ago when Real were the biggest spenders in world football. After a few years of keeping relatively quiet in the transfer market, it now seems Perez and his club are getting ready to spend big this summer and smash the record for the most amount of money spent during a transfer window.