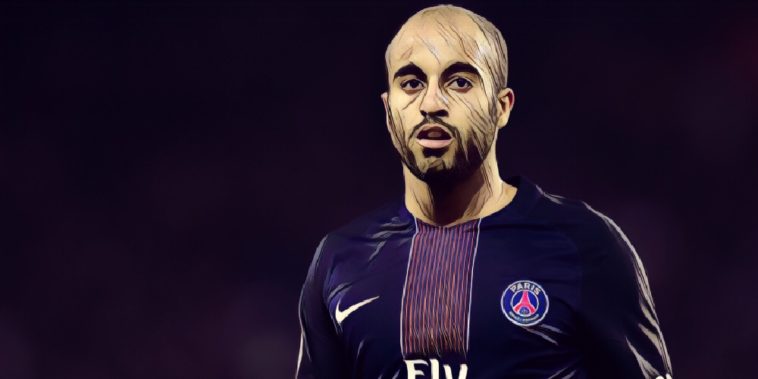 The Brazilian has been linked with a move to a number of Premier League clubs, with Manchester United most heavily linked a few weeks ago, with some reports even claiming that personal terms between the player and the club had been agreed. However, those rumours seemed to disappear once United were linked with a move for Alexis Sanchez, who they of course completed the signing of on Monday.

Arsenal are another club who have been linked, although not as strongly as United it must be said, as they look to replace the aforementioned Alexis Sanchez.

However, it seems to be the Gunners’ North London rivals Tottenham who are now in pole position to land the 25-year-old after he has reportedly agreed to a four year contract.

Spurs are also interested in Lucas’ Brazilian counterpart Malcom, who also plays in the French League at Bordeaux, but with the Ligue 1 side wanting around £40m for the youngsters services, the PSG man is by far the cheaper alternative.

Reports on Friday suggested that the player had flown to England and had been shown around the Spurs training ground, with the club considering a bid in the region of £22m before the transfer window shuts next Wednesday. PSG have been claimed to want around £25m for his services. While there has been no word if any bids have been made, it seems like that the player is edging closer to making a move to the Premier League.