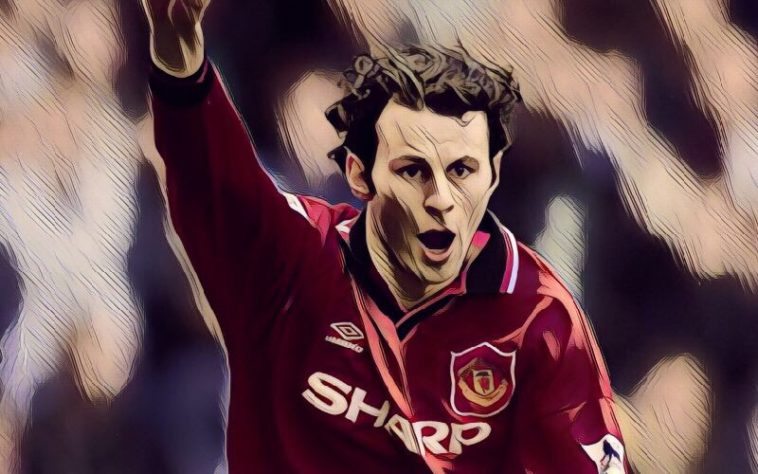 His achievements are never likely to be matched, let alone beaten. He has rightfully earned his status as a legend.

Aside from his abundance of trophies, Giggs’ career – which spanned over two decades and saw him play into his 40’s – saw him become the all-time record holder for appearances during a glorious period for Manchester United, appearing for the Red Devils 963 times.

There were plenty of iconic moments that left many wonderful memories of the Welshman at the peak of his powers, earning him high praise from his fellow professional’s over the years.

Here are some of the best quotes about Ryan Giggs.

“Eric Cantona is a great player, but he’s not as good as Ryan Giggs” – Johan Cruyff

“It’s almost impossible to replace a player like Ryan Giggs – you do not find many players like him. He is a rarity. He has world class attributes and has achieved so much at one club. You can only look up to him” – Sir Alex Ferguson

“The first time I saw Giggsy, he was playing for Salford Boys against United’s apprentices. He was thin and wiry but he just glided past four of our apprentices as if they weren’t even there, then he put the ball in the back of the net. I just thought ‘This kid’s an absolute natural” – Bryan Robson

“Maybe one day people will say I was another Ryan Giggs.” – George Best

“There have been so many outstanding players I’ve had as team-mates, but if I had to choose I’d choose Giggsy, he can do anything.” – Paul Scholes

“He has been an unbelievable player. The only problem I saw in him is that he played for the wrong team, from my point of view. He should have played for us (Chelsea).” – Gianfranco Zola

“When Ryan runs at players he gives them twisted blood. They don’t want to be a defender anymore.” – Sir Alex Ferguson

“This is embarrassing to say but I have cried twice in my life watching a football player. The first one was Maradona and the second was Ryan Giggs.”– Alessandro del Piero

“If Giggs were French, myself or Pires would have been on the bench” – Zinedine Zidane

“Like Best, there is a special fantasia about him.” – Fabio Capello

“Ryan makes you believe that there is a football god.” – Ron Atkinson

“A young Giggsy was like a ballet dancer. I had never seen a young player like that, and I had seen the Busby Babes” – Eric Harrison

“His talent is God-given. He will have wonderful skill even when he’s got his bus pass because that sort of ability never deserts you.” – Brian Kidd

“I remember the first time I saw him. He was 13 and just floated over the ground like a cocker spaniel chasing a piece of silver paper in the wind.” – Sir Alex Ferguson