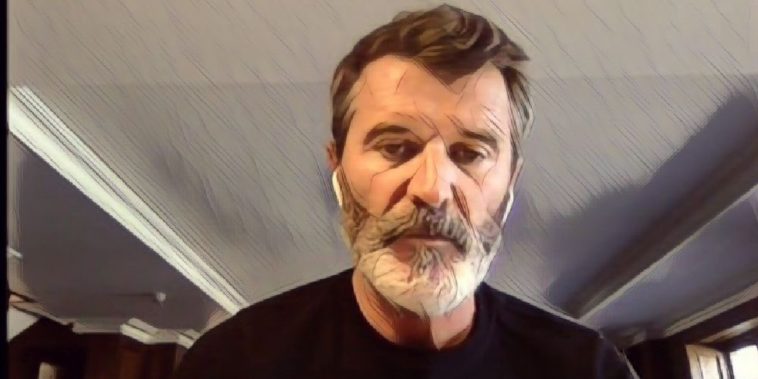 Roy Keane has hit back at criticism of Premier League players over potential wage reductions during the coronavirus crisis, admitting he ‘wouldn’t take a pay cut’ if he still played for one of the division’s ‘bigger clubs’.

The former Manchester United captain has told players who have come under criticism for failing to agree to universal cuts amid the global pandemic to ‘stick to their guns’, saying that players should be free to choose whether they wish to use their wealth to help the club, especially at larger clubs who are often owned by billionaires.

Keane’s comments come after Mesut Ozil has been heavily criticised for being amongst a minority of Arsenal players who is yet to accept a pay-cut at the Emirates, the German’s £350,000-a-week salary being used as a stick to beat him with.

Wage cuts and wage deferrals for both players and staff have been announced by a number of top-flight clubs amid a loss of revenue due to the current suspension of football, but the matter has proven to be a divisive subject.

The Athletic are reporting that Tottenham‘s negotiations with first-team players over a pay deal have proven ‘complex’, due to ‘a perception among some of the players that they have been undervalued in the past’ in comparison to some of their Premier League peers.

Keane, however, believes the subject of player wages is a personal matter and says players – especially at the Premier League’s ‘bigger clubs’ – should be free to choose what they do with their agreed salaries.

“I’m not sure how I’d have dealt with it, I have a lot of sympathy for the players out there, a lot of players are getting criticised,” Keane told Sky Sports.

“Looking at it now, particularly with the way I left United, and I’m talking about players at the really big, big clubs, with a lot of wealthy owners and pressure to take pay cuts, I wouldn’t take a pay cut if I was at one of the bigger clubs.

“It’s nobody’s business what you do with your wages. You take your wages and if you want to be generous, go ahead and do it, there’s a lot of speculation out there but I don’t think people should believe everything they read about what players are doing, taking 10 per cent or 15 per cent.

“Players should not feel under pressure, particularly at the big clubs. I know everyone is different, different circumstances, but your contract with the club is a personal matter and this idea that all the players have do to this is nonsense, it’s up to the individual and if they want to stick to their wages, while they have a billionaire in the background, then do that.

“I am surprised at the amount of people jumping on the bandwagon and criticising the players, it’s nobody’s business. I’m talking about the clubs with wealthy owners, I have sympathy for the lower leagues, you make sacrifices in the lower leagues but the players at the top, where the clubs have the money, stick to your guns.

“At the bigger clubs the money is available to the players, individual players getting criticised is unfair, you have different personalities in the dressing room. Some players getting their full wages might be the most generous people on the planet and let them do what they want, for the NHS or whatever charity but I’d fight the players’ corner.”