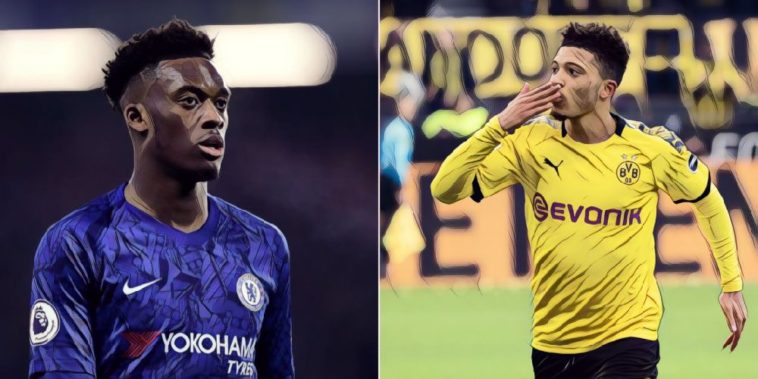 Callum Hudson-Odoi has opened up on his close relationship with Jadon Sancho and admits he would ‘love it’ if Chelsea signed the Borussia Dortmund star this summer.

Sancho has emerged as arguably the hottest property in world football following another stunning season for the Bundesliga side, with the winger’s performances at the Westfalenstadion having attracted interest from some of Europe’s leading clubs.

Chelsea and Manchester United are two of the Premier League clubs reportedly considering a big-money move for the 20-year-old this summer and Hudson-Odoi – who has played alongside Sancho at international level – admits he would be delighted to see the winger head to Stamford Bridge due to having already proven to ‘link-up’ well together.

“Me and Sancho are mad close,” the Chelsea winger said during an Instagram Live chat. “We talk every other day, always seeing how each other are and how we’re doing.

“We make sure that we’re both doing well, obviously he’s doing amazing and having a great season. We’re always making sure each other is good.

“For England as well we’ve played all the way through the ages so the link-up has always been there.

“I played against him sometimes in the Youth Cup games or we would play each other for England, the link-up has always been there and we’ve always loved playing with each other.

“I don’t know [if he’ll come]. Of course, I would love it if he came to Chelsea.

“We’ve had a great partnership throughout, the way we play with each other is amazing. If he came, the link-up will still be there.”