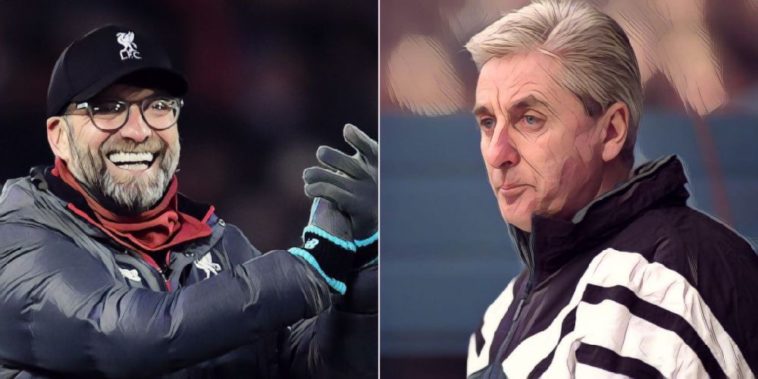 Roy Evans has opened up on his reign as Liverpool manager and has discussed how Jurgen Klopp just ‘got it’ following the German’s arrival on Merseyside.

Evans worked his way through the coaching ranks at Liverpool before succeeding Graeme Souness as manager in the mid 90’s, overseeing a transitional era for the Reds as they struggled to replicate their successes of previous years.

The Merseyside club endured a series of near misses throughout the decade but were recognised as an exciting attacking side, never more notably than in that thrilling 4-3 victory over title rivals Newcastle, a clash widely considered as one of the greatest in Premier League history.

“I just watched it back the other day actually,” Evans told Sky Sports. “It looked similar to how we play now in some ways because we were certainly an attacking team. But the difference was that we made mistakes defensively. Sometimes that can catch you out.

“But we played some really decent football and brought players through the system in Steve McManaman, Robbie Fowler and Michael Owen, which is great for everyone at the club.

“I wasn’t as successful as I would have liked but we were there or thereabouts. I liked the way that we played. I liked the players that we had. But we didn’t win the trophies.

“That is the important thing and that was the most important thing from the first moment I walked through the door as a little kid. Everyone wants Liverpool to win and we did not win enough. Unfortunately, there was a team down the road which were dominating.”

Evans – a product of Bill Shankly’s bootroom at Anfield – departed the club following a brief period as joint-manager alongside Gerard Houllier and has remained a keen observer of the club’s fortunes over the past two decades.

He believes Liverpool are in fine hands under the guidance of their current management, praising the success of Jurgen Klopp and his instant connection with both the supporters and the city.

“The great thing about Jurgen is that for some reason he got it straight away,” Evans added. “He understood the Liverpool humour and he has a clear idea not just of how he wants to play but how the Liverpool fans want the team to play too.

“They want to win but they want to do it in a certain style. They don’t like it to be too tactical, they want to see the team play. We have a team now that is fantastic to watch again. I hope that Premier League trophy comes soon because he has done a great job.”